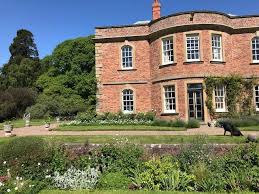 John Dickman (52) and his wife Sarah (58) both died in the cholera outbreak.

John was a son of George and Ann Dickman and was born on 28th October 1797. He was baptised in the Sion Chapel in Alnwick, which was then situated in Bondgate Without. The Dickman Family were then living in Embleton in ‘Twisels’.

It was a large family of at least ten children. John’s brother, George became a farm labourer at Falloden Hall, Alnwick. His two other brothers Thomas and William became butchers and were Freemen of Alnwick after their father’s death.

George had likewise became a Freeman on the death of his father, John Dickman Snr, from Rennington. The latter had been apprenticed to John Brown a butcher of Alnwick, in 1741.

The Dickman Family had therefore been a local family for over 200 years:

The death of John and Sarah was sadly the end of this line of the Dickman Family, as they had no children. They were in their thirties when they married in St Michael’s Church in May 1831 and they were buried together, in a mass grave, with no headstone to mark the spot.