Appendix to the 1849 Alnwick Cholera Outbreak

Although James is not mentioned in the Rawlinson Report, his great great grandaughter Sheila pointed out to the branch that he died of cholera in Lesbury only 2 miles east of Alnwick on the first day of the outbreak.

James Wood was born in Lesbury on the 30th October 1814. As the vicar recorded  in the margin of his burial record below, he died of “malignant Asiatic cholera of between 8 and 9 hours duration, taken ill at half past 3 oclock in the morning on Sunday Sept 23rd and died a little before 12. Buried about 7.30 the same evening, two medical men in attendance”. He was only 34 when he died.

There are no other cases on this page and Rawlinson does not report on any issues outside Alnwick. Since he was a mason, it is reasonable to assume that he was working on the expanding town of Alnwick at the time.

Three months later, his wife Elizabeth gave birth to a daughter Jemima. The same vicar recorded in the baptism records for December 30th 1849 in the margin “Posthumus child of James Wood who died of Asiatic cholera of 8 or 9 hours duration on Sunday September 23rd 1849” 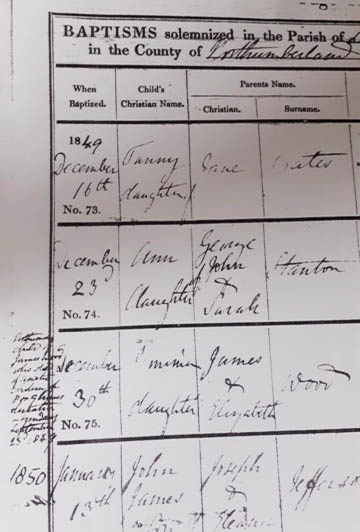 Elizabeth and James were only married in the previous November 1848, so Elizabeth was a long time a widow. She lived to a grand old age of 83. She was born in Yetholm near Kelso in 1824, and helped to bring up Jemimas 11 children (3 of whom died in infancy) after their mother had passed away. 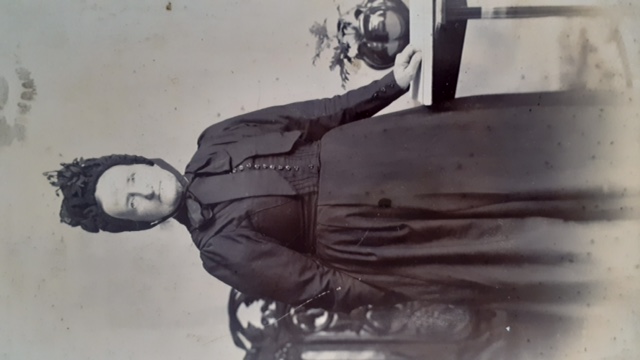