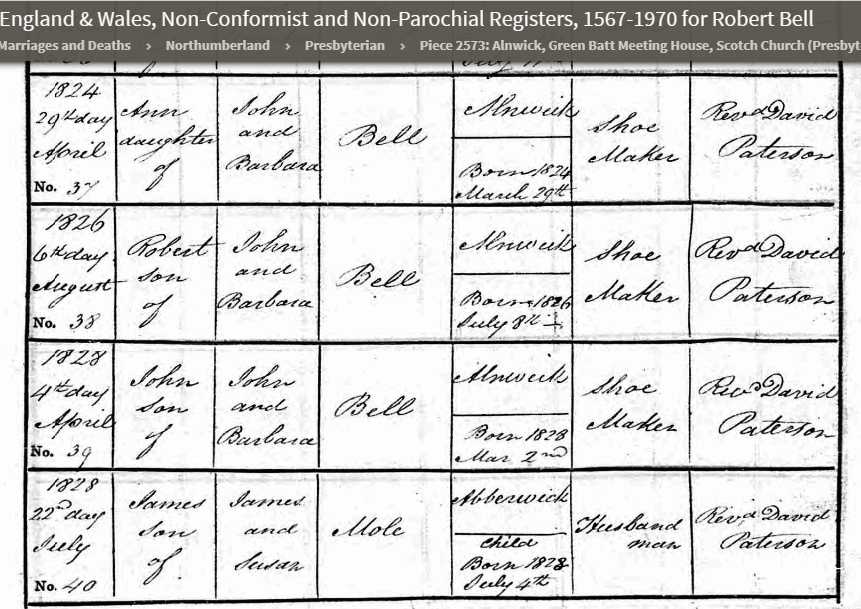 Isabella Bell was living in Paikes Street, when she died from cholera on 2nd October 1849. She was 44 years old. According to her obituary in the Newcastle newspaper she was the wife of John Bell, shoemaker.

Robert wrote his will in 1842 before dying in 1847. He shared his assets between his many children, these included a tannery and many houses, one of them let to Michael Sanderson –see later. He left his household effects to his widow Jane, who sold them the following April. Jane lived on until 1866, residing in Market Place Alnwick.

That year, on 8th December 1841, he married Isabella who had also previously been married and was a now widow. Isabella was one of the five daughters born to John Thew (b 1748) and Mary Brown. So she was Isabella Thew when she married John Graham a gentleman farmer or yeoman born 1774, as recorded on the birth of their son, baptised in 1826, and named John Thew Graham. They had another son, Thomas born in 1828 but he died  five month later on 25th July 1828.

Isabella’s first husband died on 11/11/1832 age 58, so she was a young widow  when she married John Bell in 1841. She was also landlady of Grey’s Inn, Clayport St and was living opposite John Bell, who was her tenant. Isabella and John married  in December 1841. They had two sons: William Bell born in 1842 and David Paterson Bell baptised 10/1/1847. They were both young when their mother died from Cholera on 2nd October 1849.

Isabella was buried in St. Michael’s Church Yard with John’s first wife Barbara and her young children. The inscription, although difficult to read says “Isabella, second wife of the husband of Barbara Bell” . 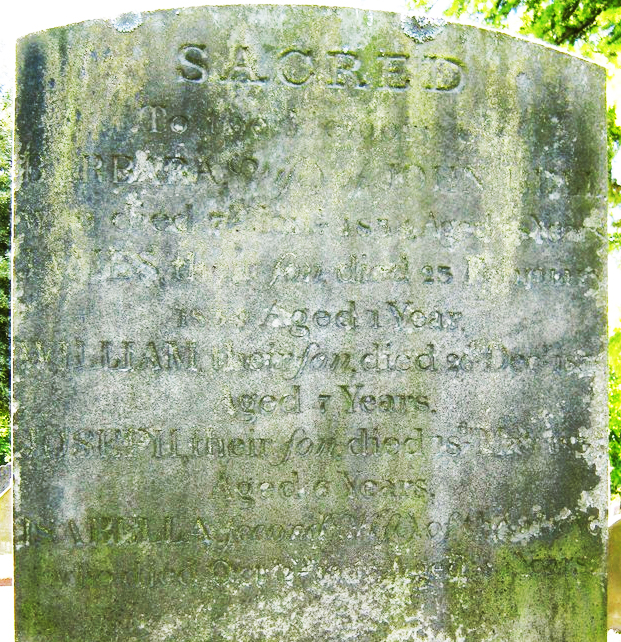 Above:  The unusual inscription