The History of Howick Street

The area south of Green Batt in earlier times was called the Dunterns, or more properly the Dunertons after the higher ground beyond, being the Dunerton Hills. In 1705 the owners were William Stanton and Matthew Alnwick but William sold his share to George Potts. His son, Robert Potts succeeded in ownership of the land in 1716. His daughter Elizabeth then inherited. Elizabeth married  Mr Mark Grey, commonly called Ford Grey. Mr Grey died in 1724 leaving  widow and 2 daughters, Elizabeth and Katherine.

Katherine became the wife of Captain George Farquhar. On the death of their, mother Katherine and Elizabeth became  co-heiresses. In 1765 they executed a deed of partition and Katherine became sole owner of this land.

The plans were drawn up by William Smith and extended from Green Batt, incorporating the new east-west corridor of Prudhoe and Lisburn streets. The development was to be a range of styles “from chaste Georgian to Gothic” (source Pevsner).

The population of Howick Street, Alnwick  rose steadily throughout the late 1800s as it extended southwards from what is now Green Batt

Now almost totally residential, it was originally teeming with small businesses. One of the last to operate in the street was Howick Street Garage, fittingly in the same premises as Maules Coachworks, which made 2 carriages for Queen Victoria. : 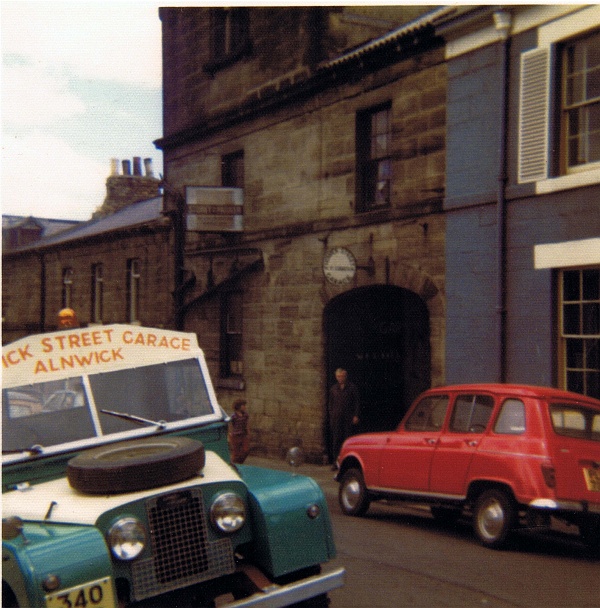 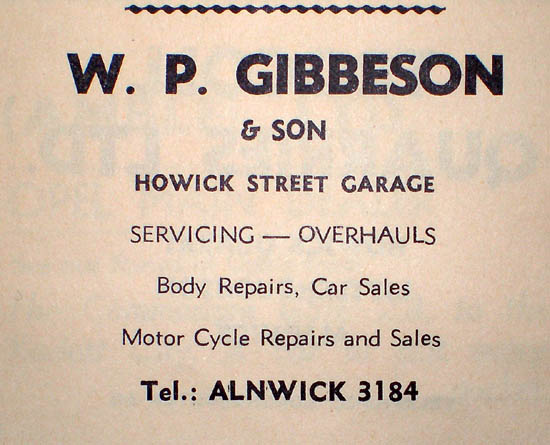 An Advertisement from a 1976 Festival Programme

The only remaining commercial activity in the street is now the John Bull Inn, winner of many awards for its real ales and renowned for its “no music and no food” traditional public house presentation. Customers nowadays are generally well-behaved, although our research shows this was not always the case!

In the blue column on your left you will see sections detailing the history of Howick Street unearthed so far including (be warned!) a grisly suicide.  If you know of anyone who lived or worked in Howick Street please use the form at the bottom of this page to let us know, and help our history grow..