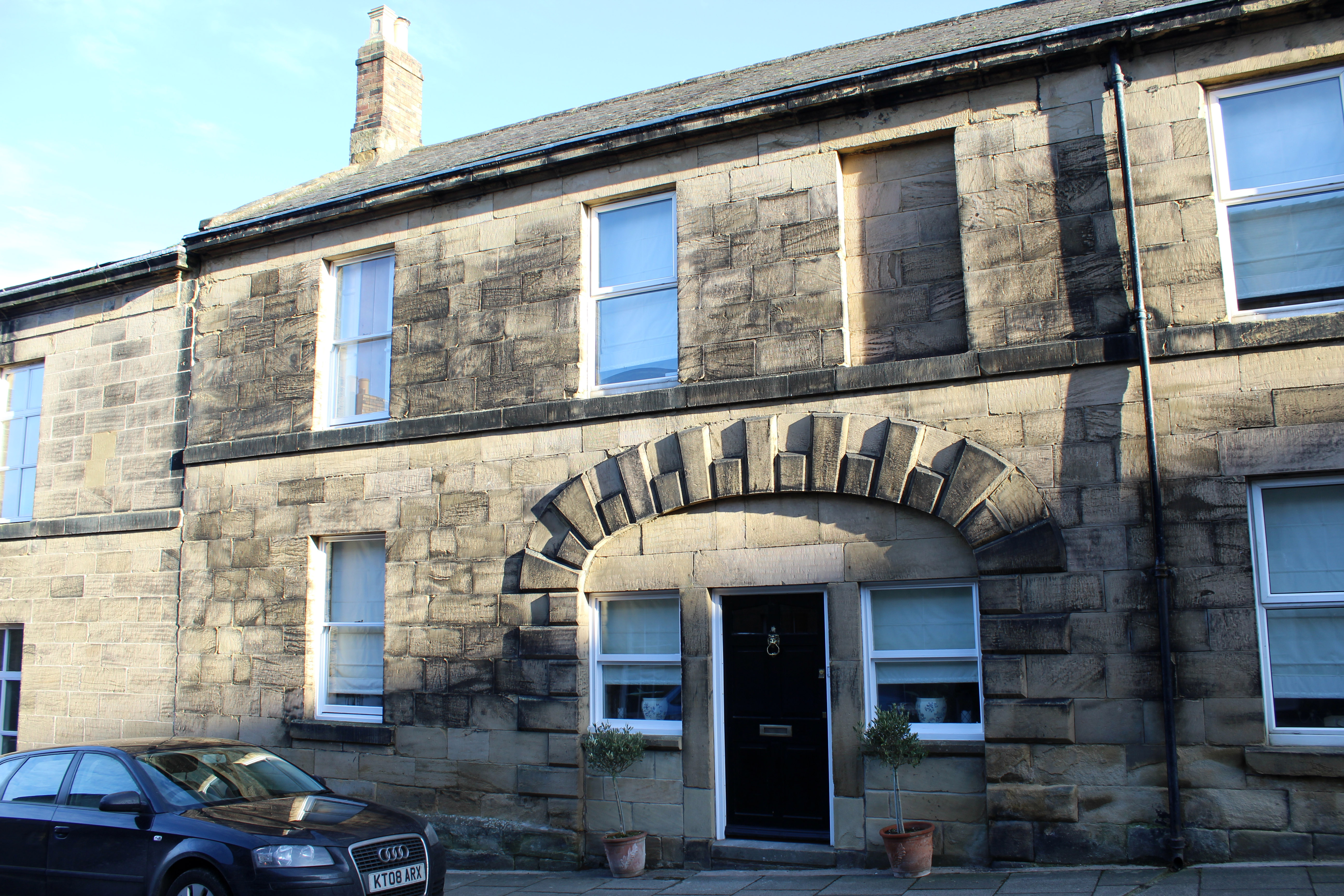 Number 15, as it is now was previously two properties, numbers 13 and 15 Howick Street, with an archway between giving access for coaches to the rear of the property.These two properties were knocked into one a while ago. The archway through was filled in with stone taken from elsewhere some time after WW2, as on the 1939 register: Mr Penniment Wood and his wife lived in no 13, and No 15 was still a separate dwelling, in which lived. James and Olive Pringle.

Penniment Wood was born in 1905 in Boulmer. His ancestors were all fishermen, but he was a refuse lorry driver. This unusual name was passed on, through the generations, but not spelt in the same way twice even for the same person.  Penement (sic) Wood died in 1986 in Northumberland.

James Pringle, born in 1907, was a construction engineer and his wife Olive, was born in 1911. They had two children, living with them, Grace, born in 1922 and an older child who was redacted from the register. These children cannot be theirs because of the ages. Refugees perhaps?

Above shows the census for 1911 and the number of persons living in No 15 at that time.

On 1911 census a spinster called Sarah Stewart lived in number 13. She was 64 (born in 2q 1847) and living in two rooms on private means. In 1891 she had been living in two rooms at the bottom of Howick St, next to the John Bull pub in a big house that had eight rooms and different families each had two rooms. It must have been a step up to move to a whole house at number 13, away from the noise of the workshops and pub at the lower end of the street. In 1881 she had been living as a guest of John Pringle, master brewer and his family. She was them 34 and earning a living as a dressmaker and machinist . In 1871 she was living with her sister, Marion in St Michaels Place. Marion was also a dressmaker. In 1861 she was 14 she was living in St Michaels lane with her widowed father, William Stewart a 51 year old millwright, from Scotland. Sarah had two sisters, Marion and Mary who was the eldest and was also a dressmaker.

In 1851 she was a 4 year old living with both parents, William and Jane Stewart and four sisters. This means three deaths hit the family between 1851 and 1861.

Elizabeth was a boarding house keeper, with six rooms, two of them let to lodgers, Robert Albert Smith a 20 year old drapers assistant from Flodden, and John Denton a 58 year old carter, from Berwick. Their son Alexander was “killed in action,” on 14/11/1916 and remembered on the Thiepval Memorial, part XII. He was 20 years old. He was Pte no 290050 in the 1st/7th Battn Northumberland Fusiliers, from St Michaels Lane.

In 1901 number 13 had Jane Henderson living on own means in two rooms. She was a 60 year old, born in Alnwick. She was living with Margaret Black as a “companion” also 60.

Jane Elizabeth Henderson also had moved from lower Howick Street where she had lived with her parents, William and Margaret, (see no5)

In 1901, in number 15, Susan Walker was running a boarding house. She was a 70 year old widow. At the time of the census her unmarried daughter, Mary(49) and Catherine McDonald a 27 year old dressmaker were in the house.

In 1891  the Garven family were living in the bigger house, and had a large enough family to fill the house. They had been there over 10 years