Was there a Freemason in your Family? 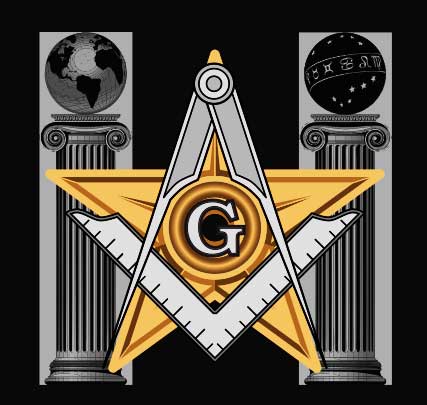 According to Steve Newman, a recent speaker at one of our meetings, there is a 70% chance that there is at least one Freemason amongst your ancestors when going back 4 generations.

Contrary to what you may believe, the Freemasons will also be pleased to help you find out about your possible connection. Below Steve gives a summary of his talk, including useful web addresses to help carry out your search;

Freemasonry can be a rich vein of information for the family historian. It is the oldest and largest fraternity in the world, being found on six of the seven continents with the exception of Antarctica (which briefly held a lodge established by Admiral Richard E. Byrd, polar explorer in 1935).

People often become curious about Freemasonry because of a mention in a relative’s obituary, from finding a box with certificates and regalia or a Masonic emblem on a gravestone. Sometimes a family knows of the Masonic connection but for others, it’s a bit of a surprise. If you come across acronyms such as AF&AM and FAAM, or a pair of compasses with a right angled square symbol in your research, you probably have a Freemason in the family.

The questions of when, how, why and where Freemasonry originated are still the subject of intense speculation. The general consensus amongst Masonic scholars is that it descends directly or indirectly from the organisation of operative stone masons who built the great cathedrals and castles of the middle ages. Membership records of the Grand Lodge of England however do not start in until the 1760s.

There is another theory that the order is descended from the Knights Templar who fled to Scotland after their despoliation by King Phillip on Friday October 13th 1307 and hid with stone masons. The theory can not be proved but the links with Rossyln Chapel and other historical references make fascinating reading.

As the UK population emigrated to the New World and beyond many of them took Freemasonry with them and founded lodges abroad. George Washington and Benjamin Franklin were both Masons as was Buffalo Bill Cody, John Wayne and the Australian cricketer Don Bradman.

Many regiments in the British army had their own lodges and some still retain their founders’ names. The 8th Regiment of Foot founded the first Masonic Lodge in Canada and many of the present lodges in India were formed when regiments were stationed there or by young men going out to seek their fortunes in the 18th  and 19th centuries. Rudyard Kipling wrote many of his books whilst a member of the Lodge in Lahore.

Masonic meetings were even held in prisoner of war camps in the 2nd World War but had to be held in great secrecy as those attending would have been subject to further punishment. The Royal Navy also has a strong tradition of Freemasonry with several Royal sailors including King George VI being members. The masonic tradition extended into the Royal Air Force on its formation in the early 20th century.

Many universities and professions founded their own lodges which still meet today. Oscar Wilde was a member of Apollo University Lodge No. 357, Oxford. In 1905 a group of musicians and actors founded the Chelsea Lodge No. 3098 whose members have included some of the most famous names of television, theatre, music and film. Like many lodges today this lodge has its own website so if you know your ancestor was in the entertainment profession these theatrical lodges are another course of research open to you.

Although tailors, builders, surgeons, Old Boy’s associations and many other professions and social groups may well have created their own lodges from a very early date, what was more common was for men to join a lodge near where they lived in a country town and for the lodge membership to cover a broad range of occupations and, to a certain extent, social classes.

Sea Captains’ Lodge No. 218, which was formed on 14th January 1757 is no longer known by that name or number, but still exists as The Palatine Lodge No. 97 in Sunderland. So it is always worth considering that just because the lodge may not be there, it will be a possibility that its records and artefacts still will be in existence.

Gilbert and Sullivan were both Masons with the latter giving his name to Arthur Sullivan Lodge No. 2156 which still meets to this day in Manchester. Freemasonry spread rapidly throughout Europe with the great musician Wolfgang Amadeus Mozart becoming a member of a lodge in Vienna. His opera the Magic Flute is often regarded as a Masonic.

The tracing of ancestry in England and Wales is done through the United Grand Lodge of England’s Library and Museum.  The Library has its own website (See Useful Sources) which is an excellent starting point.

It’s a common misconception that, being freemasonry, the Grand Lodges will have a comprehensive alphabetical indexes listing past members. This however is not the case. On the other hand, people often do have information about their ancestors masonic connections in the form of photos, jewels or certificates.

The library only needs a lodge name or number and a rough idea of date to be able to search your enquiry. Information available from masonic records is dates of membership, address, age at initiation, occupation. What is not available are details of family members, dates of birth and death and copy membership certificates.

Your local town or borough archives may well have lists of Masons in the local lodge at certain dates as part of the Quarter Sessions Records. Some lodges may have deposited their records in local archives so they can be kept in secure and safe conditions and they may be available subject to a typical  70 year closure period.

These important records consist of not only Lodge Minute Books but also material such as Treasurer’s accounts, Attendance Books, membership rolls, letters and much more. These archives may even have photographs of members in regalia and some lodges work closely with their local archives for material for their own websites.

My Ancestor Was A Freemason :  Pat Lewis Published by the Society of Genealogists. 2005. £5.95.   New Revised (2012) Edition  This book deals with the history of Freemasonry and how to find the records of Freemason ancestors. It also includes chapters on Freemasonry publications, women Freemasons, lodges, prisoners of war and record repositories.

The United Grand Lodge of England (www.ugle.org.uk)   Library and Museum website is a useful starting point  http://www.freemasonry.london.museum/family-history/. They have an excellent leaflet on Freemasonry and Family history which you can download as a PDF.

The Grand Lodge of Scotland (www.grandlodgescotland.com) has a genealogy department with some useful guidelines but please be aware that at certain times of the year (particularly in the summer months) a very large volume of enquires often means that a reply can take several weeks. The site also has a list of Scottish Masonic war memorials.

National Register of Archives and Access to Archives (both available via The National Archives website on http://www.nationalarchives.gov.uk/). Papers relating to the Masonic membership of individuals or included in the archives of other organisations may also be found via the Archives Hub search engine

Local Record Offices and archives hold returns of members made by lodges to the local Clerk of the Peace under the Unlawful Societies Act from 1799 to 1965.  The records state the name and profession of the individual mason and quite often have other information too.

Regimental Museums can hold photographs of their Masonic lodges especially when stationed abroad. It was quite common for masons in Regiments who died abroad to have a square and compasses engraved on their tombstones. Life for regimental lodges was ruled very much by the fortunes of war by lodge members failing to return from battles, campaigns or overseas postings. The Lodge chest or warrant could also become a casualty of war. The Lodge box of the 25th Foot (Kings Own Scottish Borderers) was lost in transit to Germany in the Austrian War of Succession and a new one was consecrated at Berwick-upon-Tweed in 1763.

The internet has many pages dedicated to individual Regimental, Air Force and Naval Lodges. So if you know your ancestors service record this may be an avenue for you to explore.

John Lane’s Masonic Records 1717-1894 is an authoritative listing of all the lodges established by the English Grand Lodges from the foundation of the first Grand Lodge in 1717. Originally published in book form in 1895, it is now available as a searchable data base on line via the Library and Museum of Freemasonry’s website or at at http://www.hrionline.ac.uk/lane/. It covers all lodges established before 2010 and can be searched by lodge name, number of location.

Many individual lodges now have their own websites working closely with their local records office. Lodge Secretaries are very busy so it’s a good idea not to contact them first but get as much information as you can before approaching them. A good example of this type of Lodge website is found at www.stdavids393.org.uk.

Masonic war memorials are quite common and are scattered all over the British Isles. Some are inside individual Masonic halls but many are in public places erected by their brethren. An internet search will find most of them.

Other similar organisations your ancestor may have joined:

From the late 18th Century a number of other societies developed which used the Masonic model of a distinct uniform or regalia and symbolism and often met in lodges or other groups. Others based their aims and activities on the Masonic principle of charity, the Royal Antediluvian Order of Buffaloes for example are a fraternal group which was founded in 1822.  As the RAOB spread through the United Kingdom, when a lodge opened in a new area, it became the Mother Lodge as the Order grew District Grand Lodges and later Provincial Grand Lodges were opened.

The Ancient Order of Foresters and The Loyal Order of Ancient Shepherds are examples of a Friendly Society.

The International Order of Good Templars originated as one of a number of fraternal organizations for temperance or total abstinence founded in America in the 19th century and with a structure modelled on Freemasonry, using similar ritual and regalia. Unlike many, however, it admitted men and women equally, and also made no distinction by race. It still survives to this day with its headquarters in Sweden.

The Orange Order has a Masonic structure but distinctively had political aims as well. Not all their records have, unfortunately survived. The Grand Lodge has a  collection of both local and overseas report books and geneaological requests are common.    There is no full time archivist, with three voluntary archivists carrying out research on enquiries. www.grandorangelodge.co.uk

Before approaching any of Masonic organisations listed here it will help if  you can gather as much evidence as you can. You may find several kinds of aprons, sashes and other examples of regalia and these should be photographed as they denote the different degrees and rank your ancestor will have achieved. If you also find any Masonic jewels, they look a bit like medals, these too should be photographed as well as any certificates you may find. The more information you can supply the more you are likely to uncover.

Other aids to research:

All masons receive a Grand Lodge Certificate when joining a lodge and you may well unearth one of these in a drawer somewhere. These certificates are also given when joining another degree or side order.

Masonic aprons, and jewels can be helpful in tracing your ancestors progress in Freemasonry. They should be photographed and presented with your enquiry with as much information you have.