About Us Our Awards 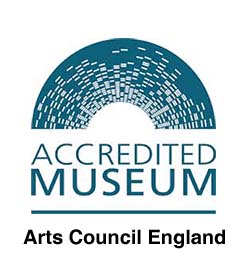 Bailiffgate Museum is an Accredited Museum under the Arts Council National Accreditation Scheme. The scheme is regarded as one of the most innovative and effective developments in the museum sector. It has led the way in raising museum standards in the UK, and has been used as a model and source of inspiration for similar schemes overseas.

We are also thrilled to have won several other awards such as:

Some of the best and most dedicated museum volunteers in the region have been recognised for their achievements at the North East Museum Volunteer Awards 2012 on Saturday 17th November 2012.

The team of volunteers at Bailiffgate Museum contributes towards a huge range of duties, from welcoming visitors and manning the museum reception to working on education projects and exhibitions, running all aspects of the museum’s work both in front of and behind the scenes.

The Bailiffgate Museum has recently been awarded a major HLF grant of £308,000 for its “Heritage at the Heart of the Community” project, which will involve a major refurbishment of the Museum’s displays and 10 exciting community projects.

Jane Nolan MBE, trustee said, “It is fantastic for us, as an extremely hard working team of volunteers, to have the recognition of this award for outstanding achievement – we are delighted!”

Jane Mann, Trustee said, “ The Bailiffgate Museum is going from strength to strength thanks to the work of the volunteers and the Trustees, who are themselves volunteers – we are all working together as a committed team as we take forward the two HLF projects that we have been awarded – exciting times for the Museum and for the communities we serve. To be named the Volunteer Museum of the Year is a wonderful accolade.”

Best 25 Days out for Youngsters

The Bailiffgate Museum has been officially one of the top attractions in the country for youngsters to visit – alongside the likes of the Eden Project and the Tate Liverpool.

It was considered to be one of the 25 best days out for youngsters, as listed in the summer 2010 edition of the Early Years magazine,  published by the Department for Education.

The recognition is a great achievement for the museum, ranking it alongside other attractions to be listed, including London’s Royal Air Force Museum and the Royal Botanic Gardens in Kew.

The museum focuses on the history of Alnwick and district. James Etherington, project development manager at the museum, said: “We are so pleased. To even be on the list is a massive privilege. We are absolutely over the moon. It is reward for all the hard work that has been put in over the years. We are a small, independent museum and it shows that we are good value for the funding we get and we have spent the money sensibly.”

The museum has been praised for its interactive features for youngsters, which include a brass-rubbing table, Victorian school area and replica Northumbrian mine. Early Years groups can also use the Art Cart, a free resource with lots of art resources and ideas linked to temporary exhibitions.

“It is unbelievable to stand alongside the Eden Project and Kew Gardens and so on,” he said. “New museums starting out tend to fold very quickly but we have kept going and we have worked hard, and we have had support from people around us, including the Alnwick Castle and Garden.”

Presented to the Volunteers at Bailiffgate Museum by the Mayor of Alnwick for their services to the community: 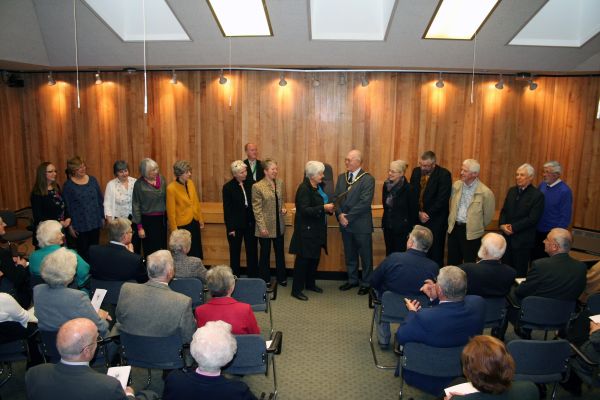