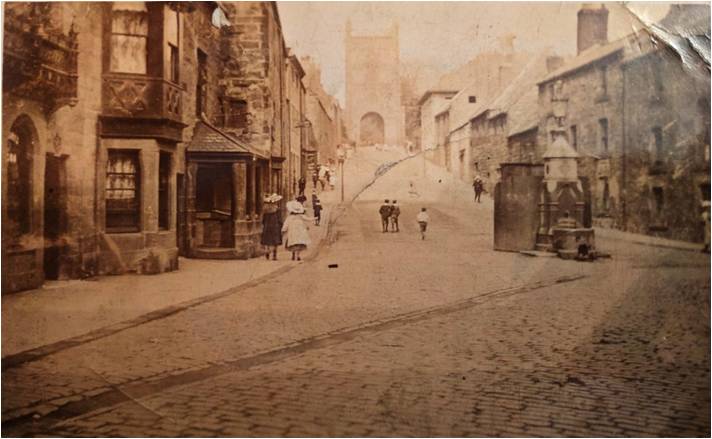 Mrs Frances Laing is thought to be the oldest woman to die from cholera during the 1849 Alnwick outbreak. She died early in the tragedy, on September 26th at the age of 78.

Frances was already a widow when, on the 1841 census she was reported as living alone, on the South side of Pottergate. She was still having to support herself by being a washerwoman, when 70 years old.

That is, regrettably all we know about her. We don’t know her maiden name to enable us to trace her husband or parents. From Rawlinson’s report we know that she had moved to Clayport at the time of her death.

Rawlinson also gives the information that the weather was fine, with a raw wind on the day she died. (There was a major body of opinion at the time that cholera was spread by weather effects. We do not think that Rawlinson was of this opinion, but in creating an official report he almost certainly felt that he had to include this, supposedly relevant  information).