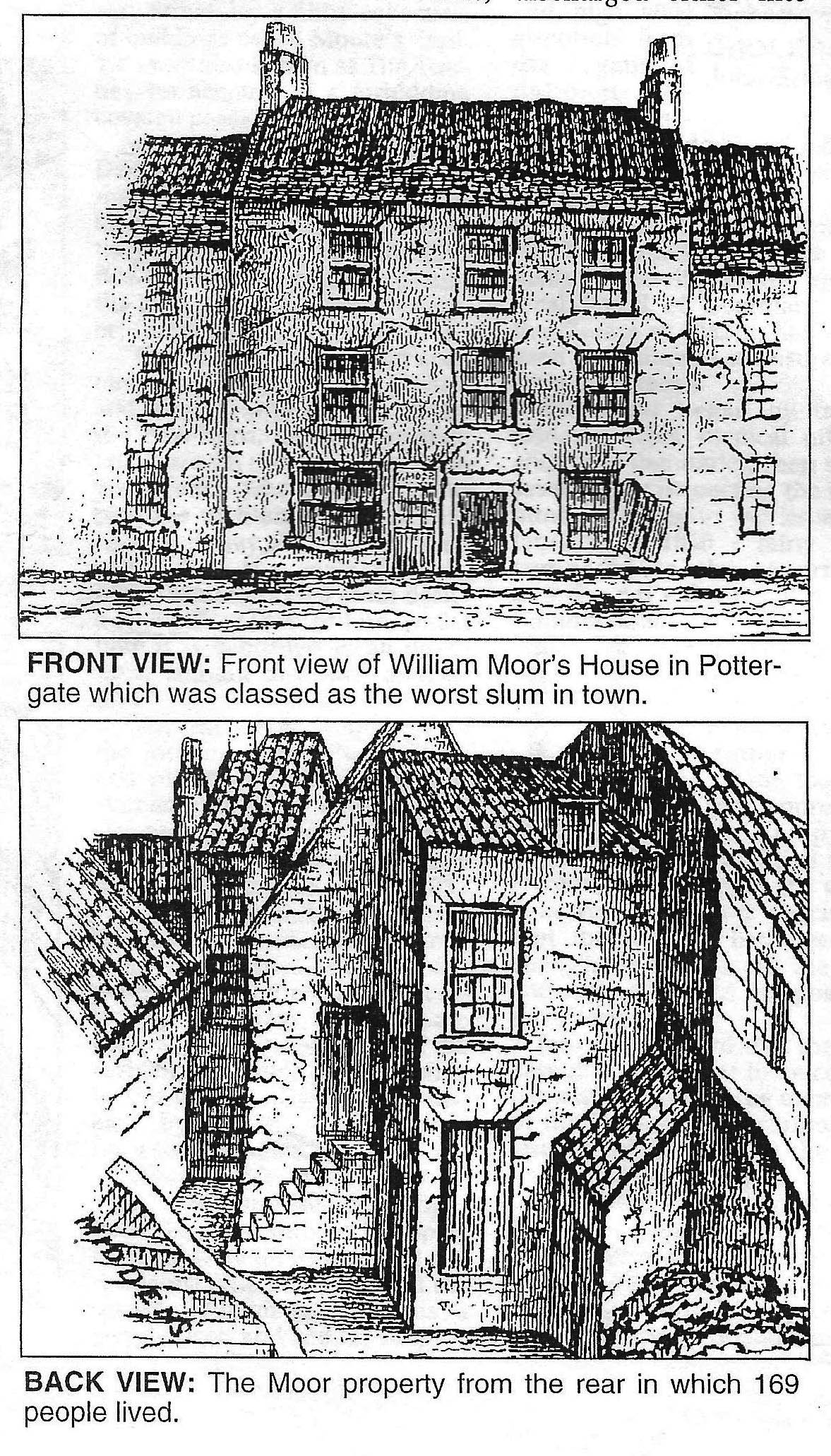 Patrick Macone died age 7 on 9th October 1849.  He was living in the “Lodging House” in Pottergate in Alnwick, when he caught cholera and died (see above) .

This infamous squalid dwelling was crammed full of the poorest people in Alnwick. It was officially known as “William Moor’s House”, but was also known locally as “the tunnels” because of a  forbidding passageway that formed the main entrance. This was described by John Davison in 1847 as:

“ A long dark passage, badly flagged, with the irregularities filled with putrid urine. It leads to a yard which is a perfect nursery for sickness. The yard is narrow and contains open pigsties, open privies and ash pits with a filthy sewer, all in close proximity to dwellings”.

There were 169 people living in this one house, and Patrick was one of these poor souls.

We couldn’t find any other reference to little Patrick anywhere, as he was too young to appear on the 1841 census, and seemingly wasn’t born in this area.