From the Bishop’s transcripts (above) and the Rawlinson Report we know that Jane Douglas was 57 years old when she died from Cholera on 30th September 1849. She was therefore born about 1792.

The obituary  in the local paper (below) we see that she was the wife of Robert Douglas, by trade a skinner. Robert was hence one of the large number of trades people in Alnwick at the time whose income was derived from the slaughter of animals ( butchers, skinners, curriers, shoemakers etc).

The fact that Jane had even a “small tombstone” is testament to the fact that Robert must have been fairly successful in his trade. By far the greater part of those interred as a result of the cholera outbreak were interred in mass graves, with no proper recognition until the memorial was erected in 2020. 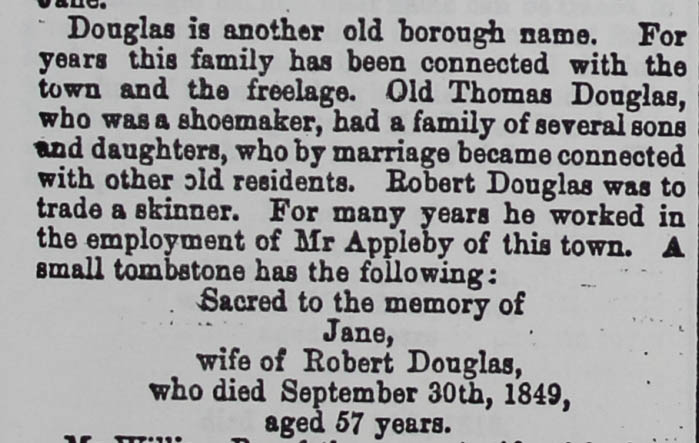