James Hindmarsh was a retired tinsmith and plumber of Paikes St, aged 81 years old and his wife Ann was aged 75 when they died, either on the same day or a day apart, depending on the various records. (NB We have used the death dates quoted on the official Rawlinson report rather than that on their stone or other records.)

They are two of the small number of the 136 victims who were properly buried and had a good-quality headstone. 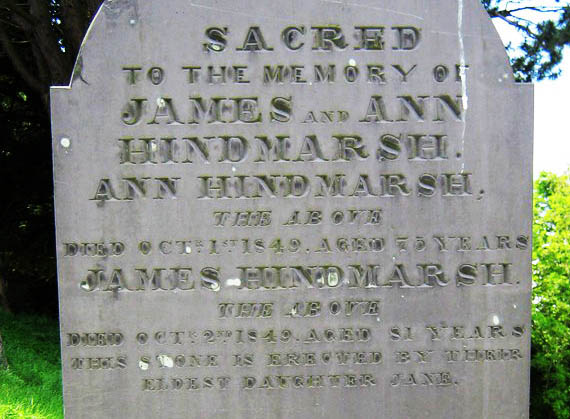 It was erected by their “eldest daughter Jane”.*  This is an indication of the family’s affluence, as is the fact that they lived in Paikes St, one of the “better” areas of Alnwick.

We were not sure originally whether they had in fact died of old age, so we sent for James’s death certificate. This clearly says  “cholera morbus”.

James married Ann Harrison on the 25th November 1804 in St Michael’s  church Alnwick. Ann had been born in 1775, the daughter of Thomas and Jane Harrison. Thomas was also a plumber.  In the 1820’s James was recorded as a “plumber and glazer of Bondgate” on the children’s baptism records.

James and Ann had three sons- all plumbers, and several daughters. On the 1841 census James and Ann were living and working in Green Batt, Alnwick. Their unmarried son, Thomas Harrison Hindmarsh, aged 20 was living with them and working as an apprentice plumber. The family must have moved to Paikes St after 1841 and before 1849 when James and Ann died there.

On the 1851 census Thomas was still living in Paikes St with his sister Jane, who was unmarried at 30.

James’s obituary (see below) described him “as a decent hearty old man.”  The Hindmarsh family was extensive and well-established in Alnwick, and several branches were quite wealthy, both tanners and drapers. Luke and Michael Hindmarsh were both on the Board of Health doing their best to help the situation, during the cholera outbreak. 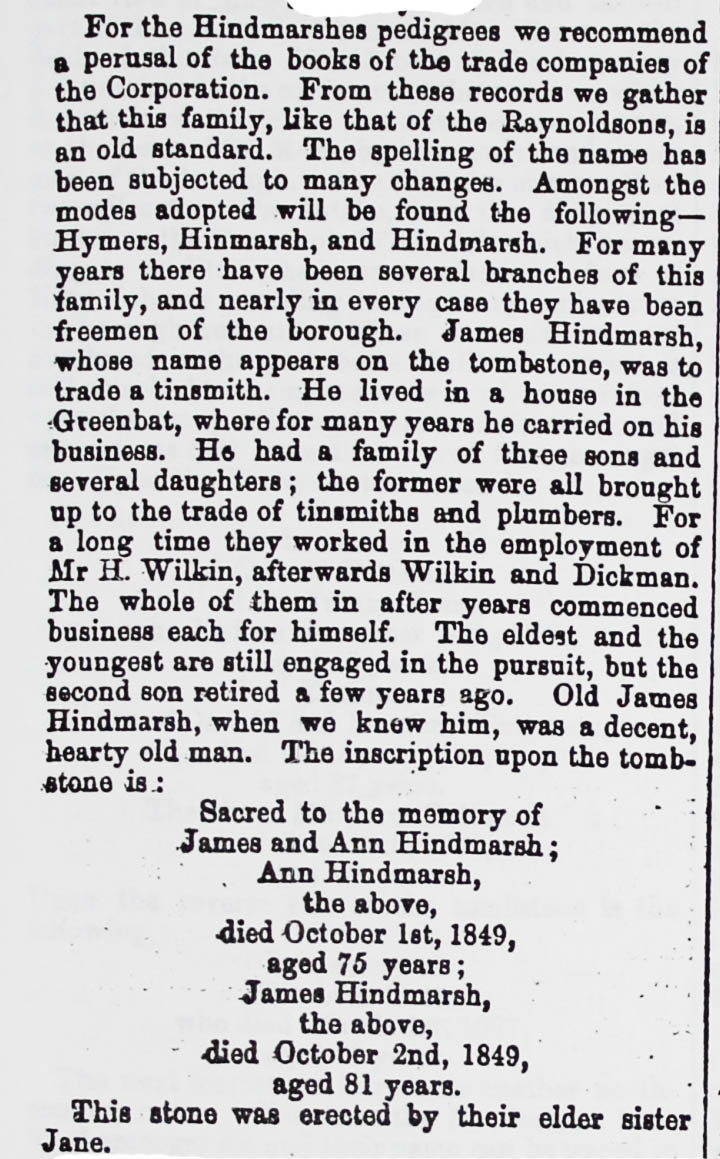 * In the obituary, Jane is quoted as their sister, but this is believed to be an error.