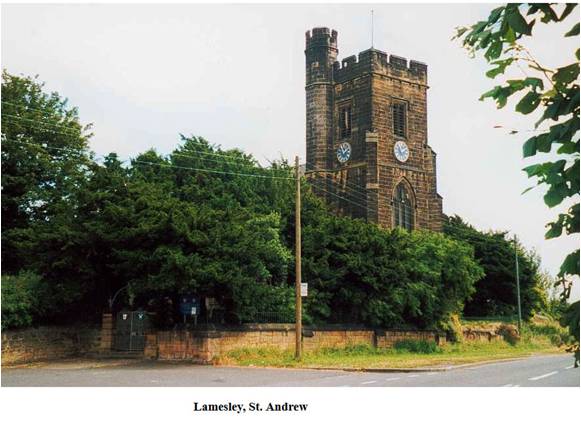 Lamesley  Church Co. Durham where  Thomas and Isabellas  children were all baptised

George Davison was one of four children born to John and Jane Davison of Pottergate. On the 1841 census both parents were recorded as being 45 years old, and John was a butcher, born in Embleton in about 1796.  Of the other children, Elizabeth was 17 and born in Felton. George 13, Mary 10 and Thomas 8 were all born in Alnwick.

George and his mother Jane both died in the cholera epidemic, he on the 3rd October aged 22, and she on the 8th.

In 1901 Thomas and Isabella were in their sixties and retired. They were living with their son in law, a brickyard worker, their daughter, Martha and an assortment of grandchildren. Thomas died in 1903.

When the borders were changed and this area became part of Tyne and Wear it was more famous for the Angel of the North built on the site of the pits.