How did she catch cholera?

Mary Taylor married Isaac Maule, who was part of a large family in the Alnwick area.  Isaac (1780 – 1859) was a gardener, possibly for Alnwick Castle.

The Maules came from Scotland in the 1660s and spread southwards over the centuries. In 1746, James Maule was an Alnwick schoolmaster. Isaac was the fifth of nine children born to James and his wife Mary Smails between 1771 and 1792.

Isaac married Mary on 23rd May 1808, when she was 20, and he was 22. She signed the register with a cross. In 1841 he and Mary were living in Walkergate. They had produced at least 4 sons: Adam, Isaac, James and Alexander by then.

Adam was born July 1809 and baptised on the 8th October that same year. His baptism entry also records that Isaac was a native of Alnwick and was a gardener, and that his mother Mary was from Edlingham.

By 1851 census, Isaac was a 70 year old widower living on the south side of Walkergate with his son Adam a joiner. Mary had died on September 29th, age 61, during the cholera epidemic, and was buried on October 2nd in St. Michael’s Churchyard, in a mass grave at the rear of the Church.

But how did Mary contract the disease when Walkergate was well away from any other death? According to George Tate, the well known local historian, “ in Walkergate only one person died who had been so imprudent as to take the clothes of a cholera patient .” So this must have been Mary Maule. Of course, they didn’t know then how the disease spread, and that it was rife in areas with contaminated water.

Also on the 1851 census are Adam’s children Alexander (b 1834 ) and Mary (b 1841,) in Walkergate. Mary was the daughter of Adam and Isabella Young born, on 23/7/1841. Isabella died 1844 , age 37. Mary went on the be a ladys maid for a rich widow, Isabella Lisle, living at the end of Bailiffgate, in the end house which was later replaced and became the Duchess’s School. Mary was in service all her life around the north of England, but she retired to Alnwick where she died in Green Batt, in 1920 aged 80. 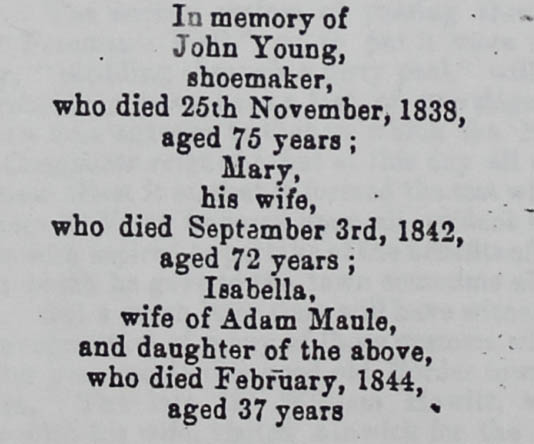 Son Alexander was a joiner. He progressed to a house builder/carpenter, and moved to London with his wife, yet another Mary. Isaac and Mary’s son Adam lived in Walkergate for the rest of his life and worked as a gardener, like his father. Isaac jnr was a quarryman in 1841 but emigrated before 1860 to America

See below  Mary Maules “cousin” William Maule, the well known coachmaker of Alnwick, whose image is onme of those in the Collections photographs of Eminent Victorians 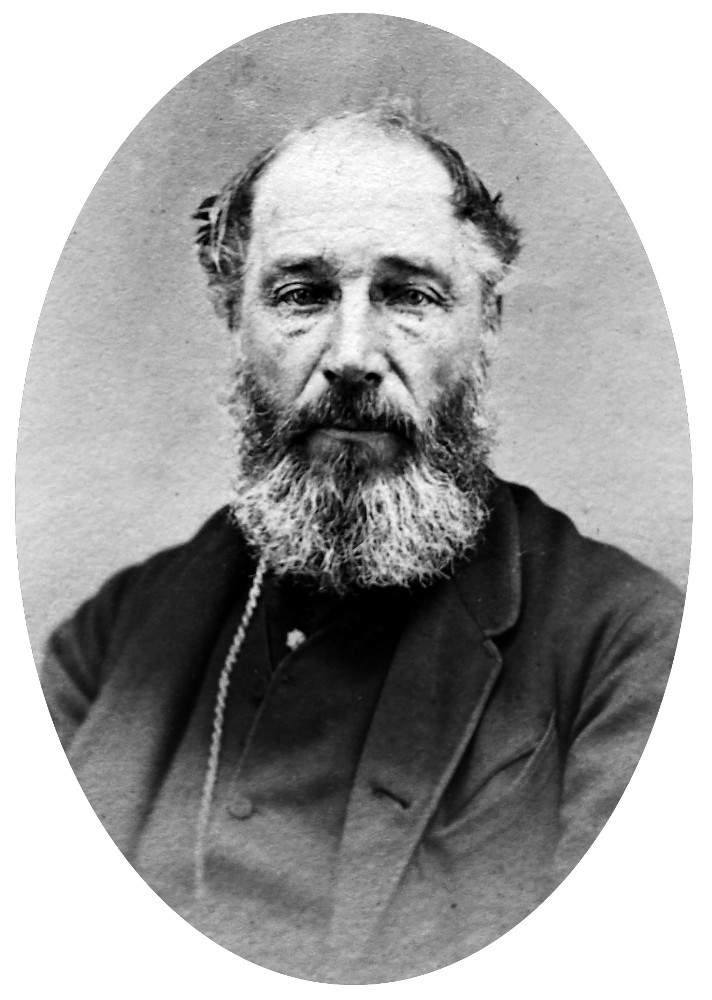