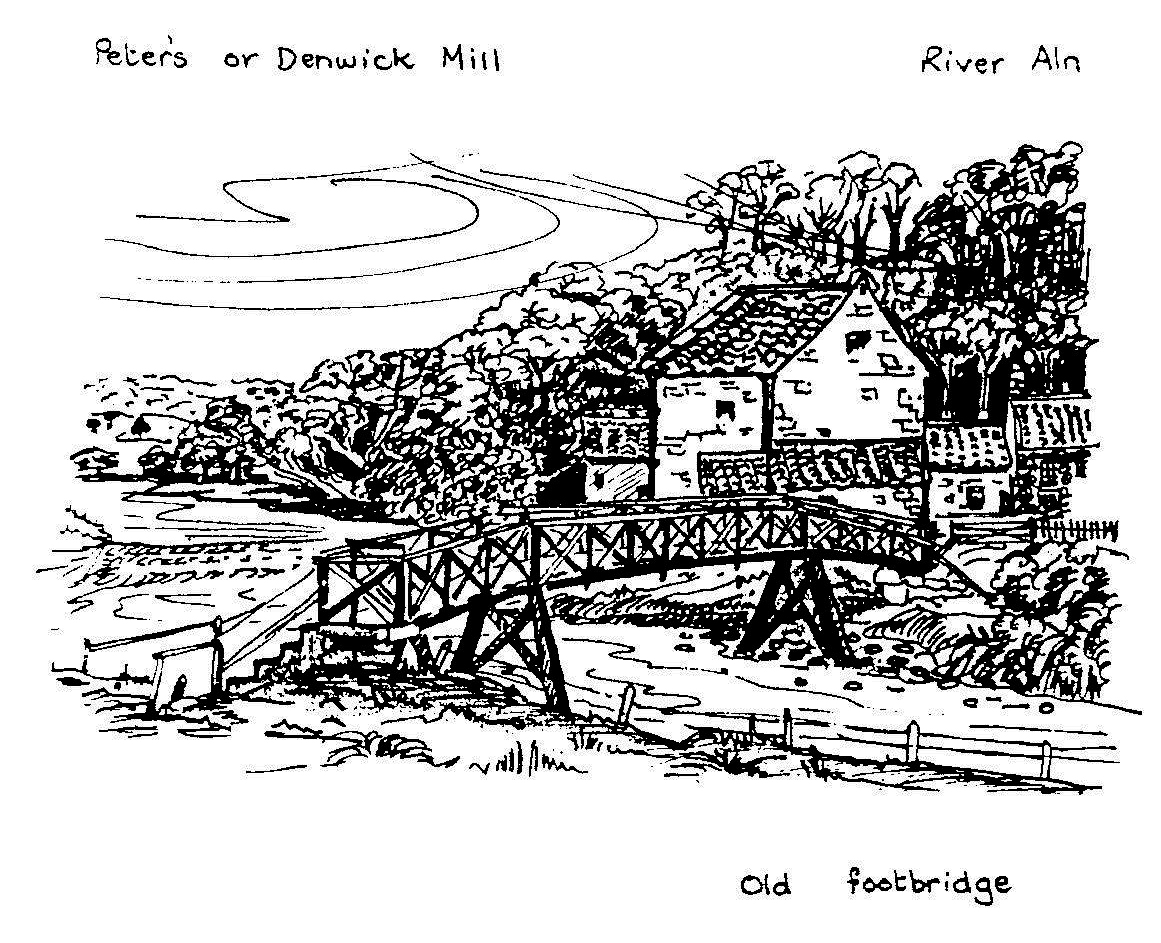 Above : Denwick Mill where Joseph worked

Joseph Jamison was one of the oldest to die from cholera, at age 75 on 2nd October 1849.  His surname is recorded on the Rawlinson report spelt in this way, so we have used that spelling. Often, on Church records and in the newspapers his name was spelt Jameson.

Joseph was born on 24th July 1775, and baptised in the Sion Chapel, which was in Bondgate at that time. His father George Jamison was a farmer at a farm beginning with S that looks like Scrables?  ( See below for his birth entry), although we can find no record of sucha farm.

Joseph  had at least two brothers. John born 27th April 1767 when his father was farming at “Brizelly” and William was born 12th July 1778. They were both baptised in the Sion Chapel, so the family were clearly non-conformist.

On 25th January 1815, Joseph married Jane Cromar when he was working at Denwick Fulling Mill. Joseph was 40 years old. Jane was the only daughter of the late Peter Cromar, who was a shopkeeper.  Peter Cromar and Ann Scott had been married on 2nd February 1781 and Jane was born on 10th January 1784, and also baptised in the Sion Chapel a month later. So she was ten years younger than Joseph.

Peter Cromar died 18/11/1812 at the age of 75 (born 1737) and ran a haberdashery business. Ann Cromar died at their shop and house in Market Place five years later on 5/1/1817 age 76 (born 1741). It is thought that Joseph and Jane took over the business, as a Joseph Jamison was listed in the 1834 trade directory for Alnwick under Linen and Woollen drapers. Joseph and Jane did not appear to have any children.

Joseph sold the business in 1839 and he and Jane moved to Clive Terrace. They were there for the 1841 census. They were living on independent means, and employing Mary Kerr to be their house servant.

Above: Joseph, son of a farmer at Scrables farm??