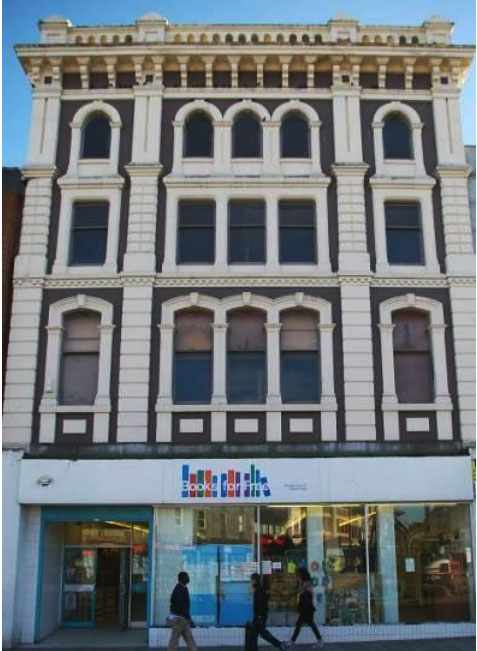 Above : 37 High St Stockton -see below

Robert’s father was a blacksmith from Pottergate, and he followed him into the trade. Robert married Ann Harkes from Scotland in St Michael’s Church on 14/10/1829, when they were both 28. He was working as a blacksmith in Pottergate when their children were baptised, in the Green Batt meeting house, or “Scottish Chapel”, so it looks likely that his wife changed his place of worship.

Robert was still a blacksmith on the census in 1841 and living on the north side of Pottergate, with his wife Ann (40) and daughters Annie (10) and Isabella (6).

He died on October 15th 1849, one of the few cases of cholera in Pottergate. The family head-stone is not clear, but this Robert is third down, after firstly his father John who died in 1836 and then his son Robert John. The 3rd entry for Robert in1849 is then followed by his brother John, and then his mother Isabella. 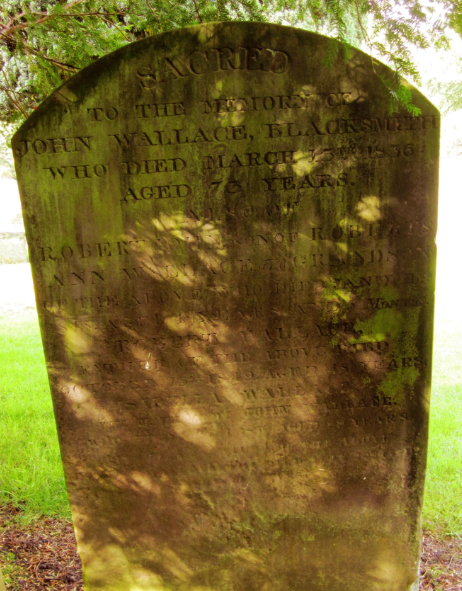 On the 1851 census Ann was a widow living in Pottergate with her two daughters and with a 32 year old blacksmith as a lodger, called Richard Nelson. He was probably employed to finish the work Robert had planned to do. The two daughters were a milliner and dressmaker respectively.

Ten years later Ann and Annie were together, and they had a grandson William Wallace Robson, age 5 months with them. They were now living in Bondgate. By 1871, Ann was still living in Bondgate but on her own. She was 70 years old. Annie had married John Pringle in 1864. John was a grocer in Fenkle Street. 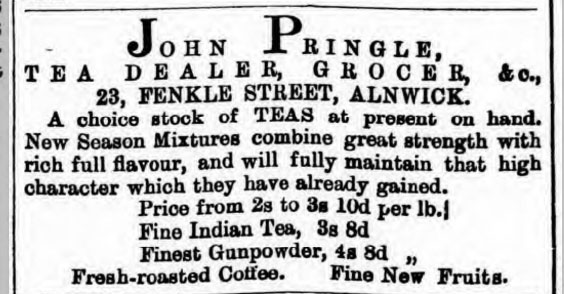 They had two children Isabella and Alexander. Alexander died in 1874 aged nine.

1881 Ann was found living with her daughter Annie and family in Fenkle Street. Ann Wallace died later than year aged 81.

John Pringle advertised in the trade directory in 1887 for his Fenkle Street business, he was secretary of The Alnwick Provident Society and was a successful man. When he died in 1906, Annie and their daughter Isabella Wallace Pringle moved together to Howick Street where Annie died in 1916, aged 86.

But what happened to Ann’s other grandson William Wallace Robson? He went to live with his father, Michael Robson, a draper, living in Croft Place. He was living there in 1871 with his step mother, Hannah and two other children. Michael Robson had married Isabella Wallace in 1859, but Isabella died the following year, probably in childbirth and that’s why the child was with his grandmother in 1861. His father had remarried in 1865, and so could then bring up his son.

By 1881 William W Robson was 20 years old and living in Stockton, literally above the shop at 37 High Street  (see image above). It was a large drapery or haberdashery business. He learnt his trade there and returned to Alnwick to set up a business of his own. His draper’s shop was in the 1887 business directory for Fenkle st.

So both William and his uncle, John Pringle were running their businesses on the opposite side of the road in Alnwick from one another. That was at least until William moved away to Gosforth, where he later died in January 1901 aged just 40. He was even younger than his grandfather Robert Wallace, who was 48 when he died of cholera.