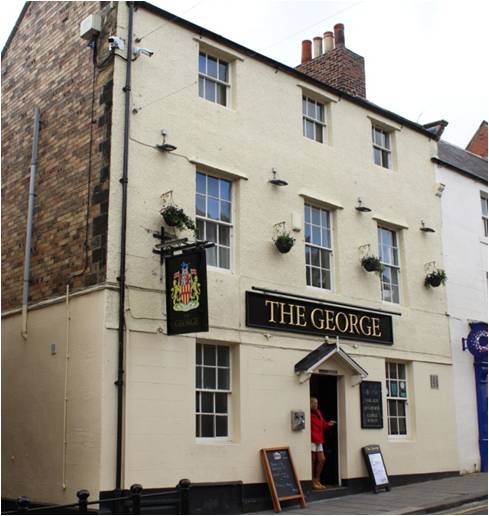 Above: The George Pub Alnwick now, where mother and daughter died

With the (then) unusual name of Julia and knowing she was married to an innkeeper, John Dixon, we thought Julia Dixon would be easy to trace. She was 55 when she died  on the 1st October in Bondgate, Alnwick so was born around 1794. But we didn’t know her maiden name, or where she was born.

Looking at the list of marriages we eventually found Julia Gibson married John Dixon, by licence in Alnwick, in 1833. So, she was 39 when she married but she was a widow. So Gibson was not her maiden name either!

We then found another marriage for Julia Cooper marrying Robert Gibson on 27th October 1830. Julia was then 36 and already a widow, so she had been married at least twice and widowed twice, before her 36th birthday!  Robert from Abbey Mill, Alnwick, and  was to live only one and a half years after marrying Julia, dying in 1832, aged 51.

We found that Appalina was baptised in St Aidan’s church in Bamburgh in 1824, to mother Julia and Father John Yellowly Cooper, a surgeon. Appalina’s surname was Walker Cooper. Perhaps Julia’s maiden name was Walker? If so we couldn’t find a record in Northumberland.

We did, however find a obituary for an Appalina Cooper saying that she was buried with her grandparents in St Michaels. These grandparents were John and Appalina Woodhouse, so now I had Julia’s actual maiden name. 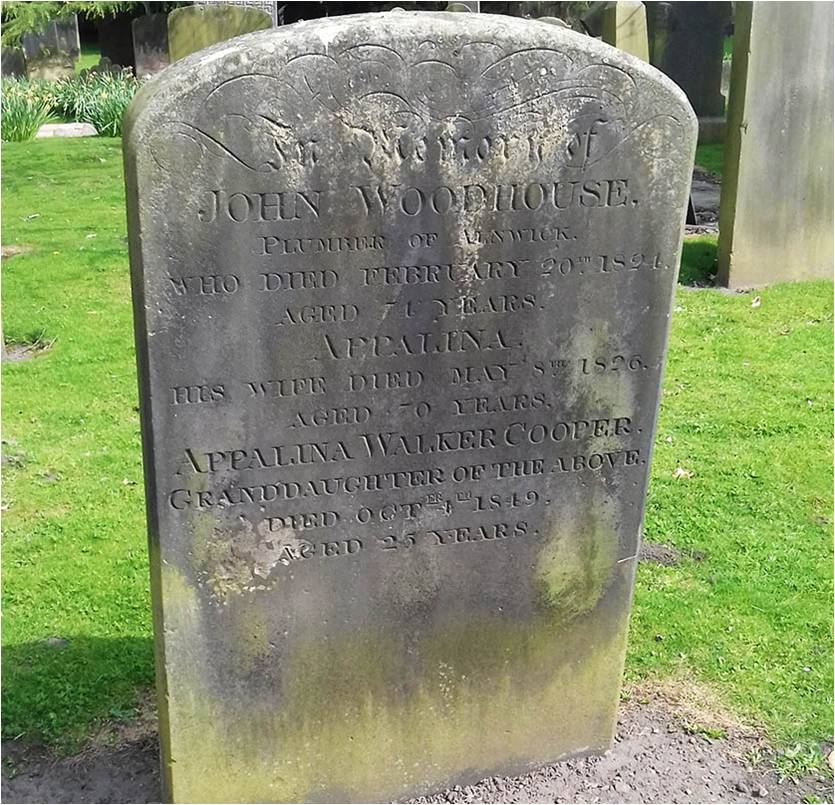 Julia had married John Yellowly Cooper in Alnwick in 1821 when she was a spinster called Julia Woodhouse. Finally we have come to her first marriage. Her surnames were therefore in order Woodhouse, Cooper, Gibson and Dixon.

Her first husband John died, in Embleton and was buried in 1825 aged 26. Julia had another daughter after his early death. This daughter, Maria Jane Cooper-was born in Embleton in 1826 and baptised on the 12 April 1826 –exactly nine months since her husband’s death..

This daughter survived the cholera outbreak, and in 1851 she was already married to Michael Archbold, a white smith in Greenbatt, Alnwick. By 1861 they had moved to one of the yards in Clayport and had 6 children including, Maria Julia Archbold, Jane Yellowly Archbold and Appalina Cooper Archbold,

This Appalina married George Dallas in Newcastle and had 3 daughters. Maria Jane Cooper Dallas and Appalina Walker Dallas were both born in Alnwick before they moved to Gateshead, where their third daughter was born and died in 1877.

This last Appalina married a Major Gaunt Lofthouse, and when she was 37 they emigrated to Quebec in Canada.  Lofthouse, however turned out to be a bounder, and abandoned Appalina and her children in the cold of  Canada, where they almost died. They were only saved by the kindness of the native indians, a story which is at least a touching end to all this bad fortune. 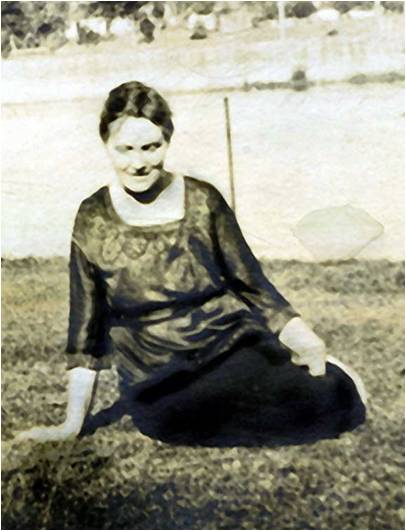 We have been in touch with a descendent of this line of Appalinas in Canada, who kindly provided much of the above information. She is called Heather though, not Appalina!