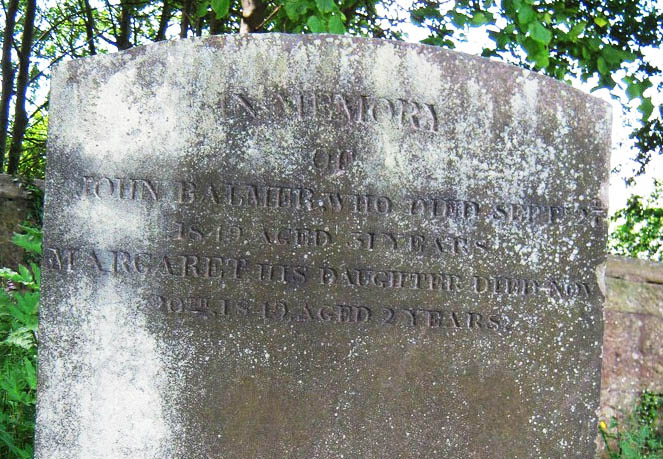 Above: John Balmers gravestone- note that we use the official date of death, September 28th

Unlike the majority of cholera victims, he has a clearly engraved headstone in St. Michael’s churchyard saying this and also his age, 31 years.

Another member of his family was buried in the same grave. This was his daughter, Margaret, who died two months later on the 20th November 1849 aged just two years, after the cholera epidemic had officially finished

Margaret had been born in Lisburn St Alnwick at the end of 1847.
On his obituary in the paper, John was named as a “Joiner”. We have not yet been able to discover Johns wifes story.

If you have any information on John or any other of the cholera victims, do please contact us on: