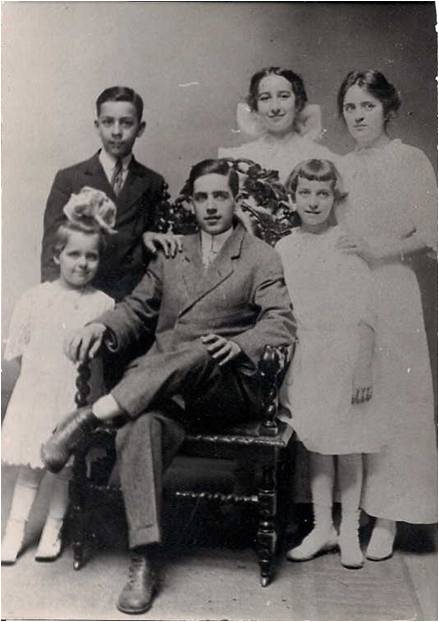 JJ’s children including Jane Caroline, the oldest girl in the photo

George was born to James, a stonemason, and Margery Forster in 1831, and was baptised on Christmas Day. His siblings on the 1841 census were Martha12, John, 8 and Jane Ann, 6. Another brother, Robert Spours Forster was born in 1840 but died aged 7 months before the 1841 census took place. Another sister Eleanor was born in 1842 but died aged 7 years, also in 1849. She died on the 5th October a week after her brother, George, as another cholera victim.

We know all this information from a clearly engraved headstone to the whole family in St Michael’s Churchyard. This stone also records the deaths of both their grandmothers.  -see below

In 1851, James (50) was still a mason. He, his wife and their two surviving children Jane Ann (15) and William (5) were still in Clayport. In 1855, James was working on the renovation of the castle in Alnwick. He was a mason for Smith and Appleford, and was seen cutting off a piece of lead from a bundle, on the castle roof, and putting it in his pocket. A search of James’ garden found a large quantity of lead (“three stones and a half”) buried there. He was accused and found guilty of the crime, and was sentenced to six months in prison, with hard labour. To add to their woes, in 1857 their son William, then aged 12 died after falling from the roof in anchor Inn Yard whilst playing with friends.

In 1861 James and Margery were living in “Spours Yard”, Clayport, with mother in law, Jane Spours, an Inn keeper aged 80, and their daughter Jane Ann, a 24 year old dressmaker.

Jane Ann later married Thomas Matthews in Newcastle, and emigrated with her husband to America, living in Pittsburgh. Jane and Thomas’s  eldest son, John James had eight children including another John James , called JJ for short. Alnwick Branch of the NDFHS has  been in contact with Holly, a descendant, of Jane Caroline, who was Holly’s great grandma,and lived and worked as a kindergarten teacher in Detroit. 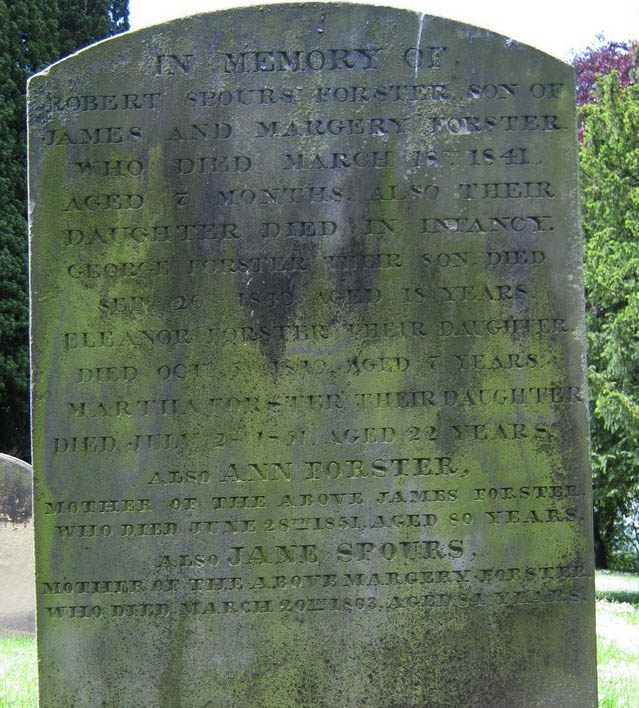