Mixing with the Stars 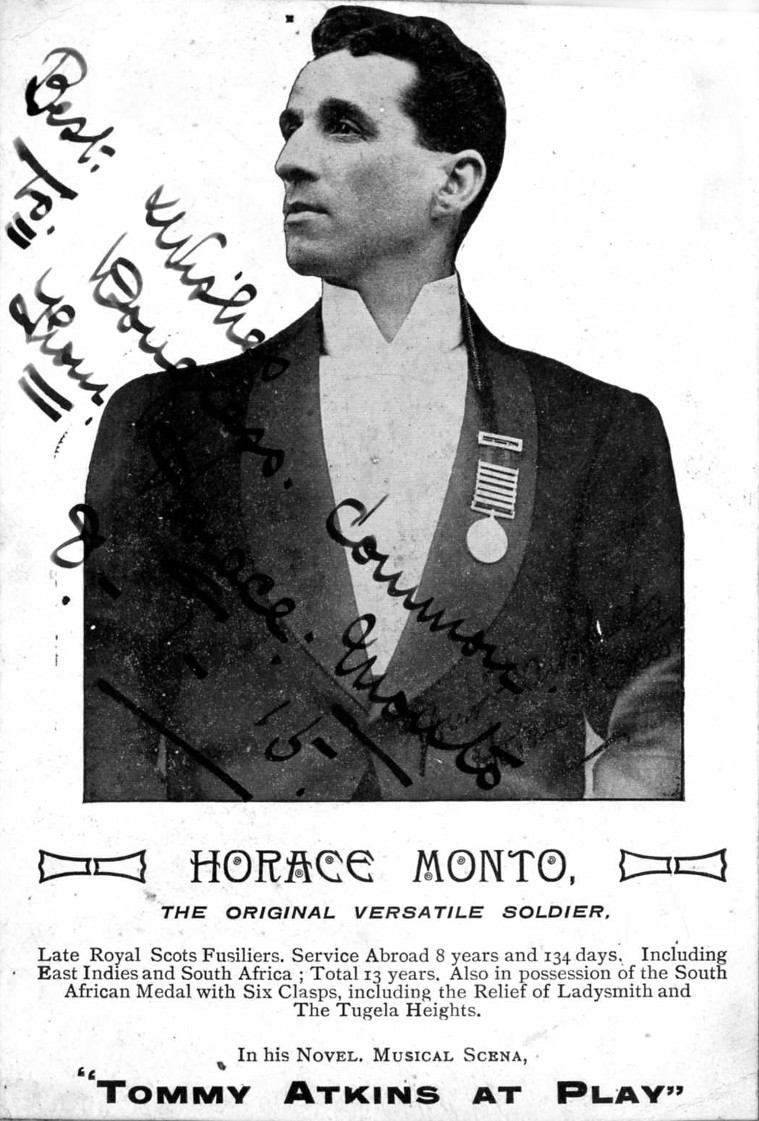 Who were Horace Monto, The Russian Wrestler, Sylvo and Sylvia, The Togos, Belle Russell, Florina Coady?

The answer is that they were among the many acts – singers, dancers, jugglers, comedians and even a female sharp-shooter – appearing at the Corn Exchange in Alnwick in 1914 and 1915. 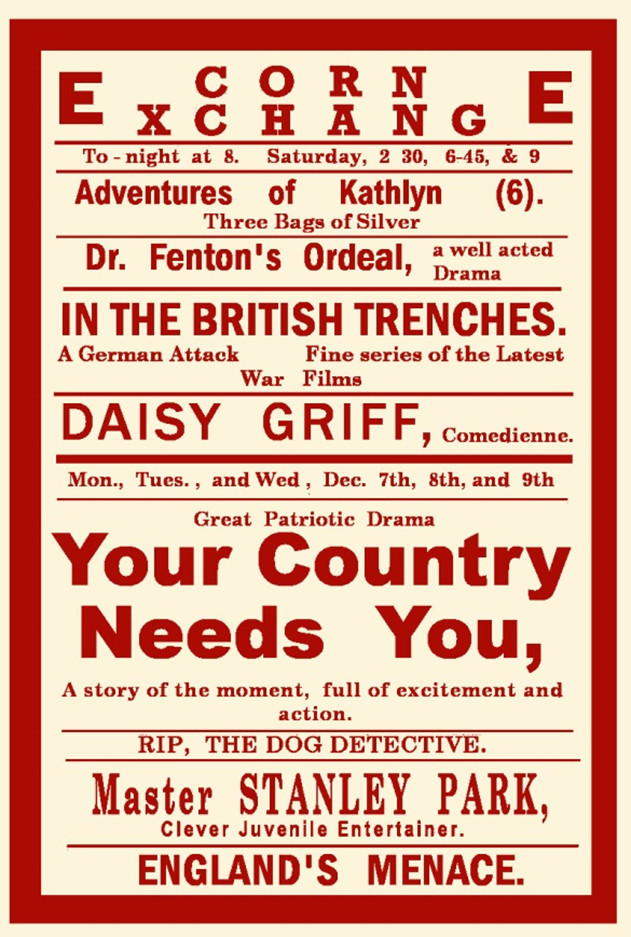 Today we have a wide choice of forms of entertainment, but a century ago that wasn’t the case. There was no broadcast radio or TV and certainly no internet streaming.

For many people the highlight of their week was a visit to the local theatre or cinema or, as in the case of the Alnwick Corn Exchange, a venue that combined both.

As the poster shows, film of the latest German attack on the Westen Front could be viewed alongside performances by Daisy Griff, comedienne;  RIP the dog detective and a grand patriotic drama “Your Country Needs You”. One suspects the latter was also accompanied by an appeal for even more volunteers from the area-the results of which can sadly be seen in our World War One section of this website.

We have in our Bailiffgate collection a fascinating item that throws light on the kind of entertainment available to the people of Alnwick. It is an autograph book that belonged to Douglas Common, assistant manager at the Corn Exchange, which had been a theatre since 1886 and a cinema since the early 1900s. 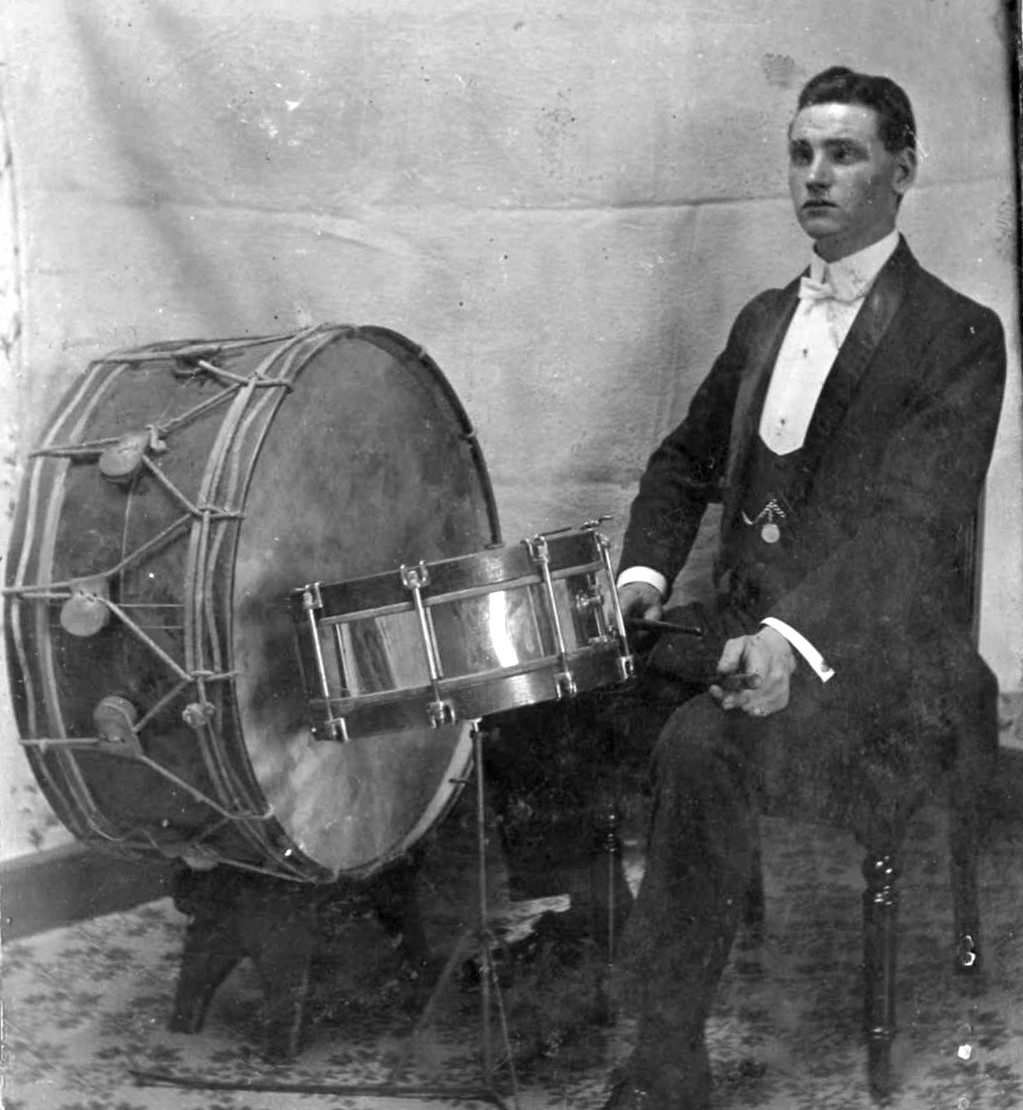 Douglas was a young man who had trained as an upholsterer before coming to the world of entertainment.

He was given the book in February 1914 by his friend Fred Sanderson, an Alnwick blacksmith who also happened to play the drums in the Corn Exchange Band. (We show Freds photo, looking very smart behind his drums)

Fred, by the way, was no relation to J.H. Sanderson the owner of the theatre. His equally fascinating life is detailed in another article in this section.

Over the next 18 months Douglas filled the pages of his autograph book with messages from the performers who were appearing. Many simply wrote a greeting, sometimes accompanied by a humorous verse or remark: 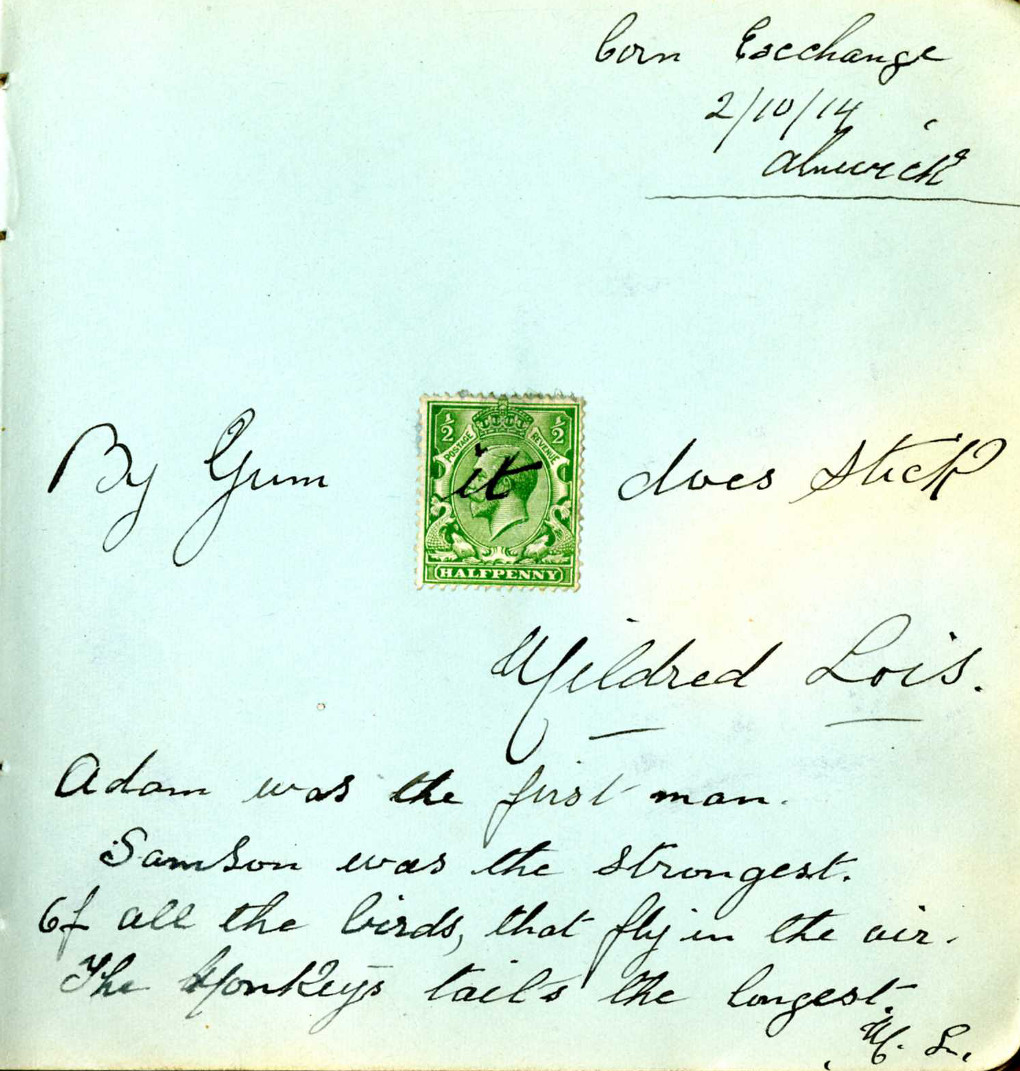 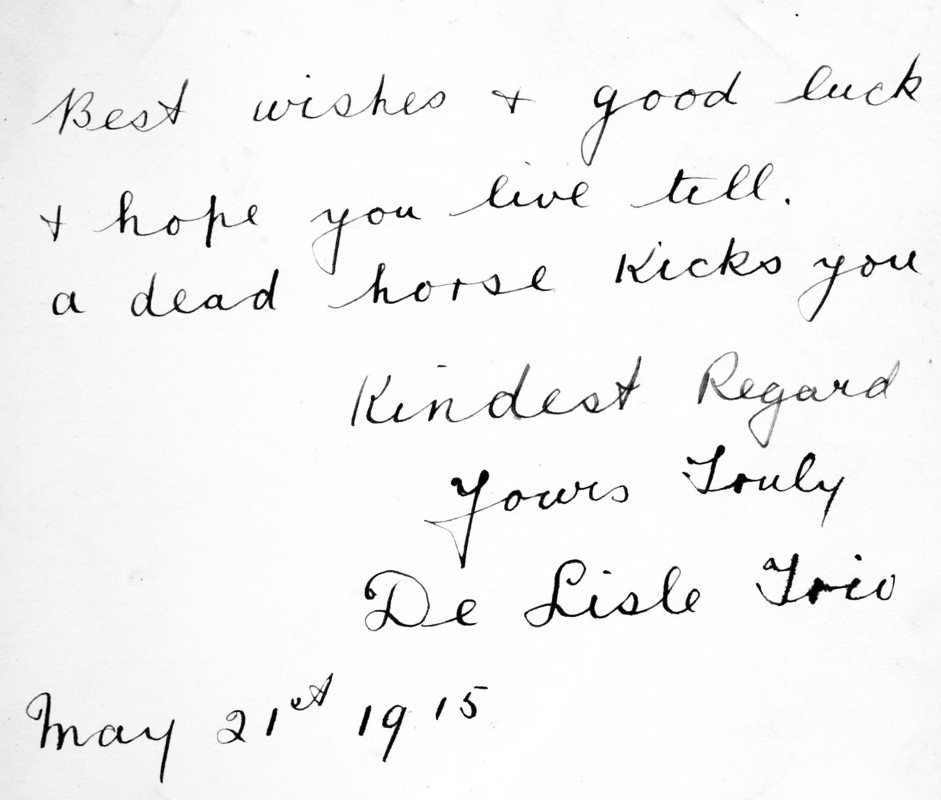 Some used their artistic talents to illustrate a page: 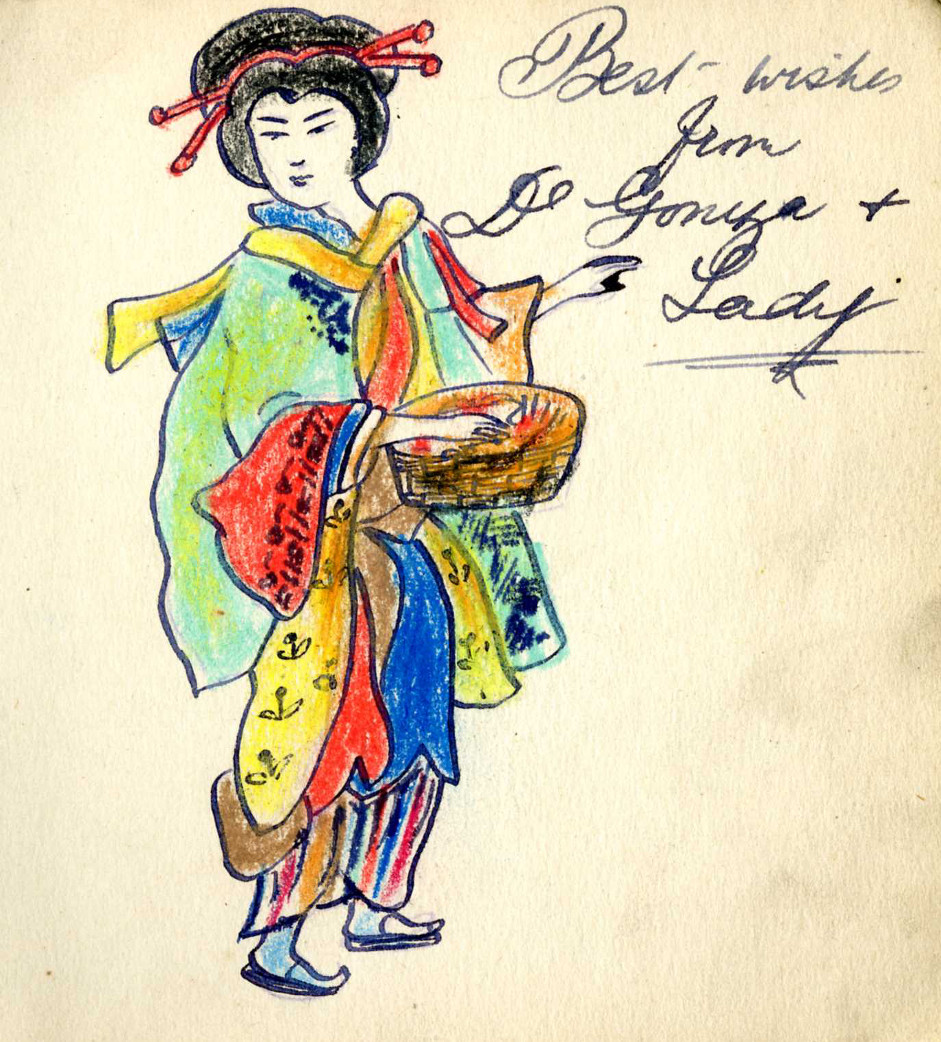 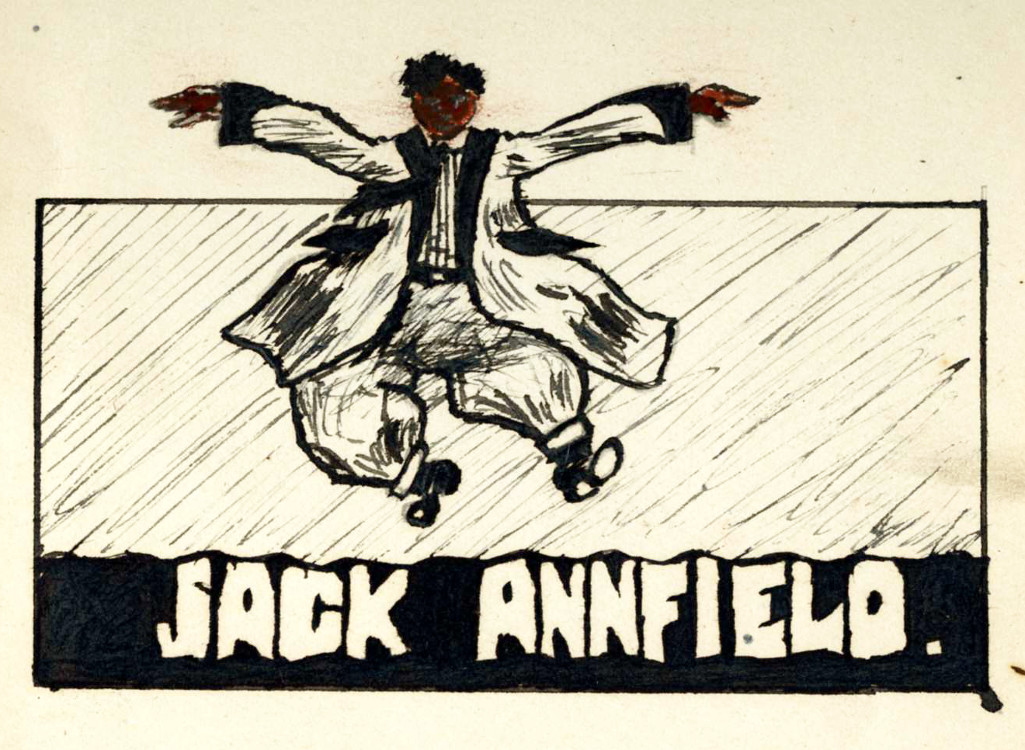 While others gave him their publicity cards or photos: 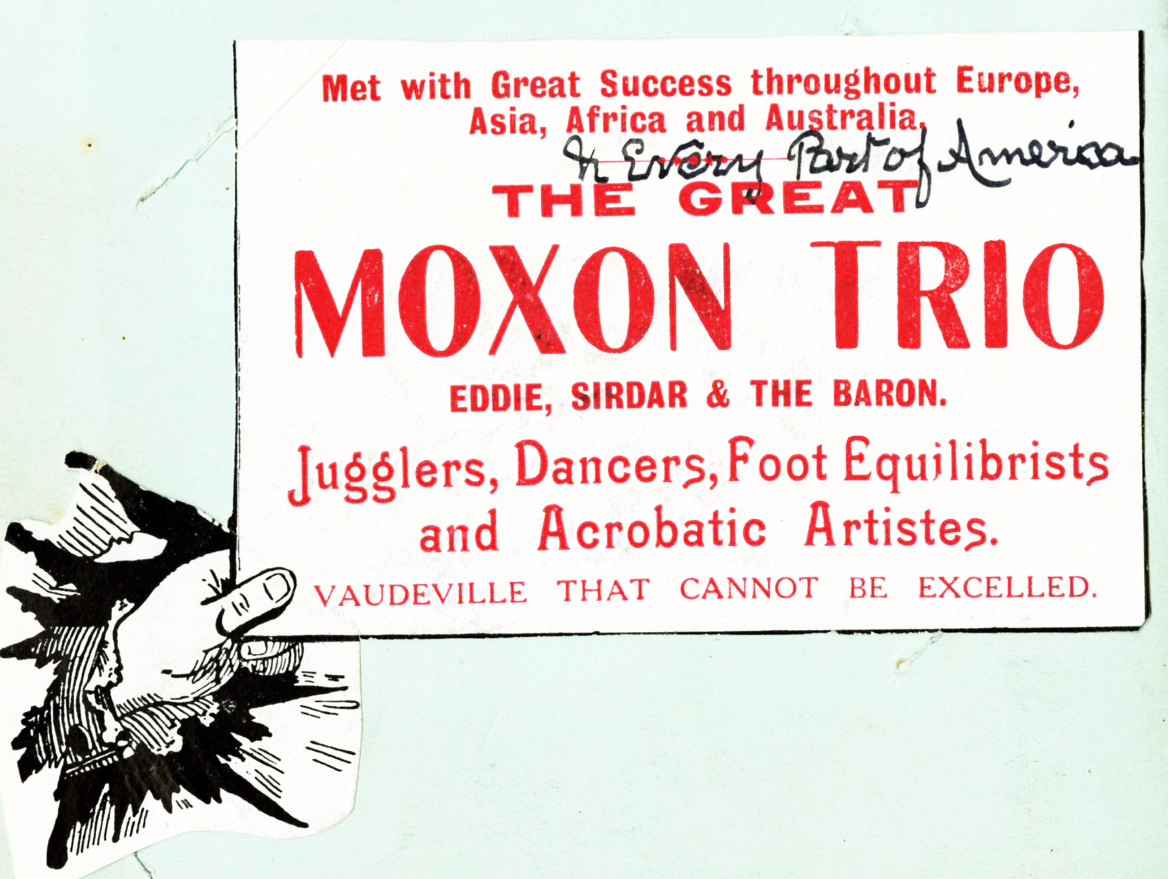 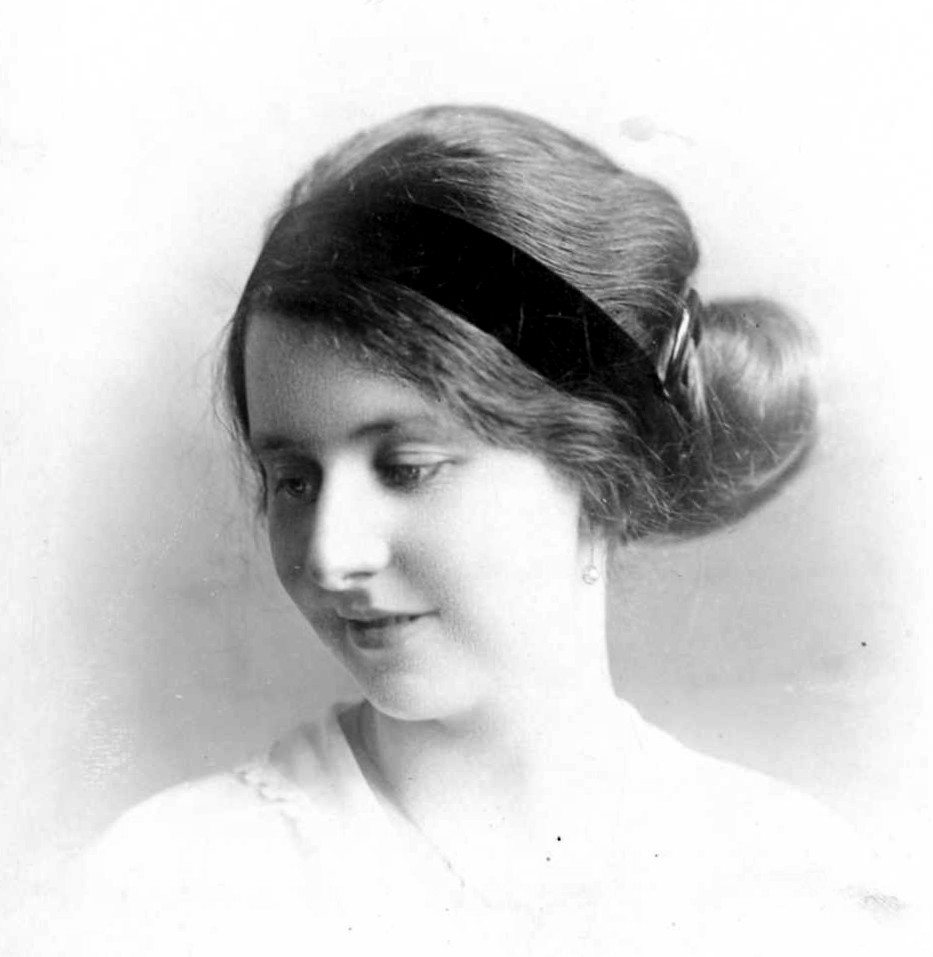 A typical programme at the Corn Exchange consisted of a mixture of films and variety acts as can be seen in the  programme above, from December 1914 and two of the performers who signed the autograph book: 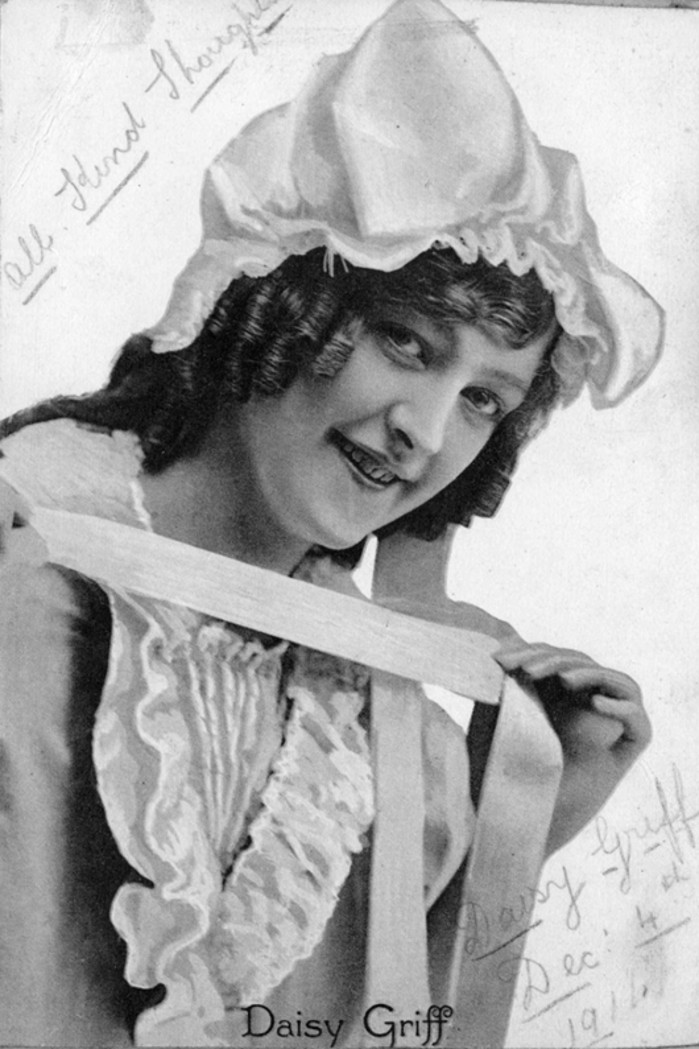 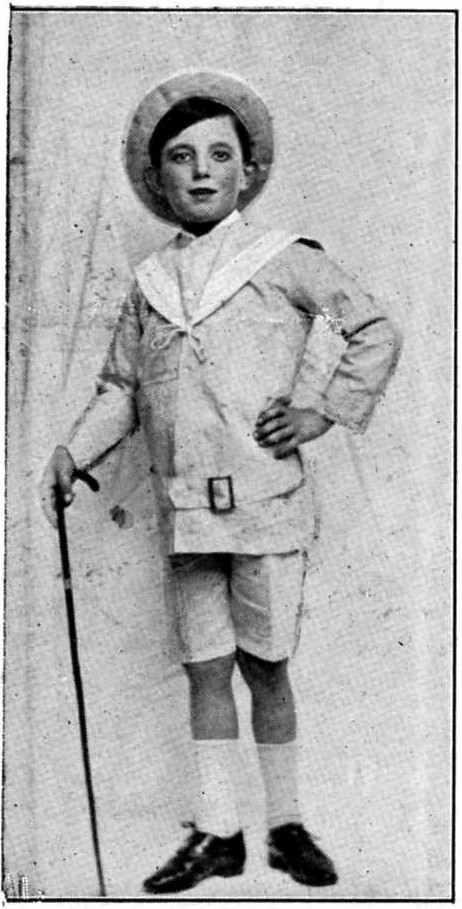 The impact of the Great War can be seen in the book. Performers like Horace Monto, “the Original Versatile Soldier”, who used their military backgrounds in their publicity:

And among the 4000 troops in training at Alnwick Camp was at least one former comedian and dancer, a Private Lynch of the 16th Battalion Northumberland Fusiliers. 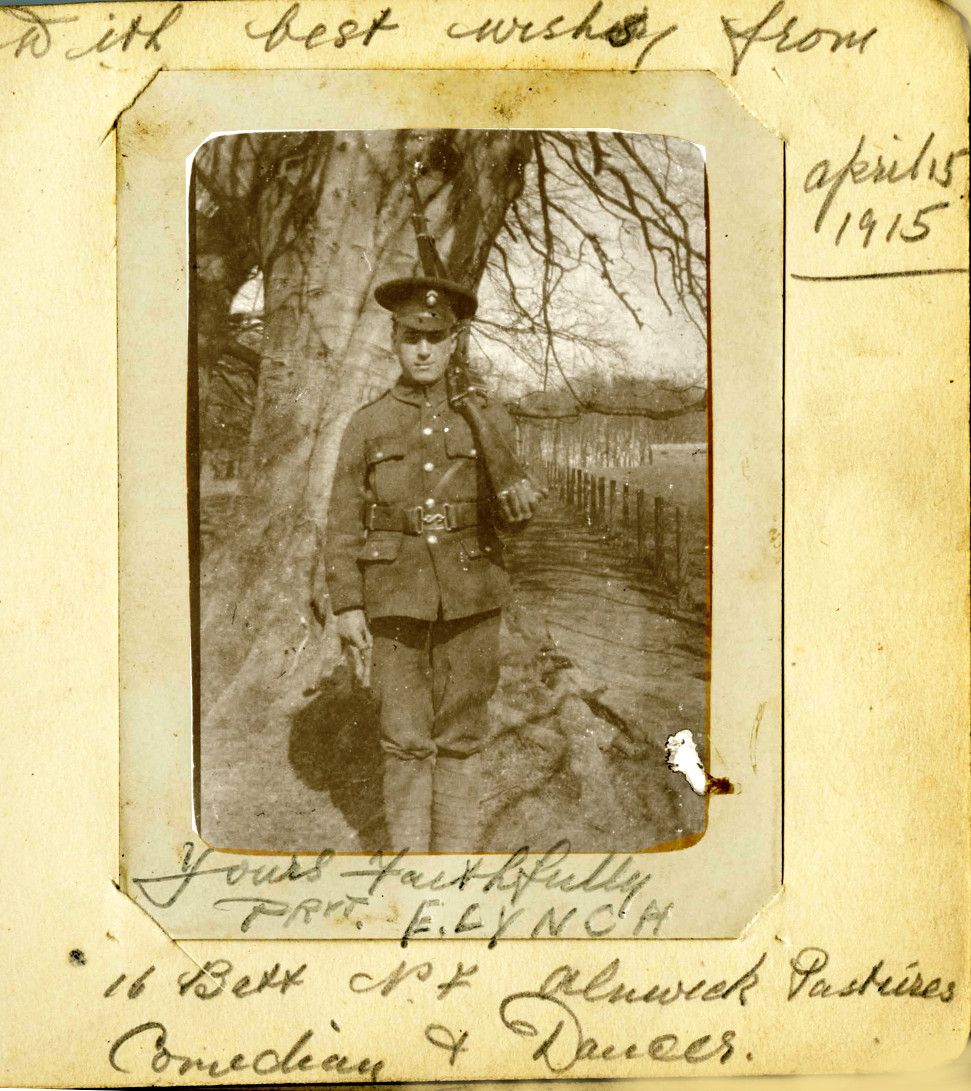 Douglas Common also included some pictures of his colleagues at the theatre, here seen at an outing to the coast: 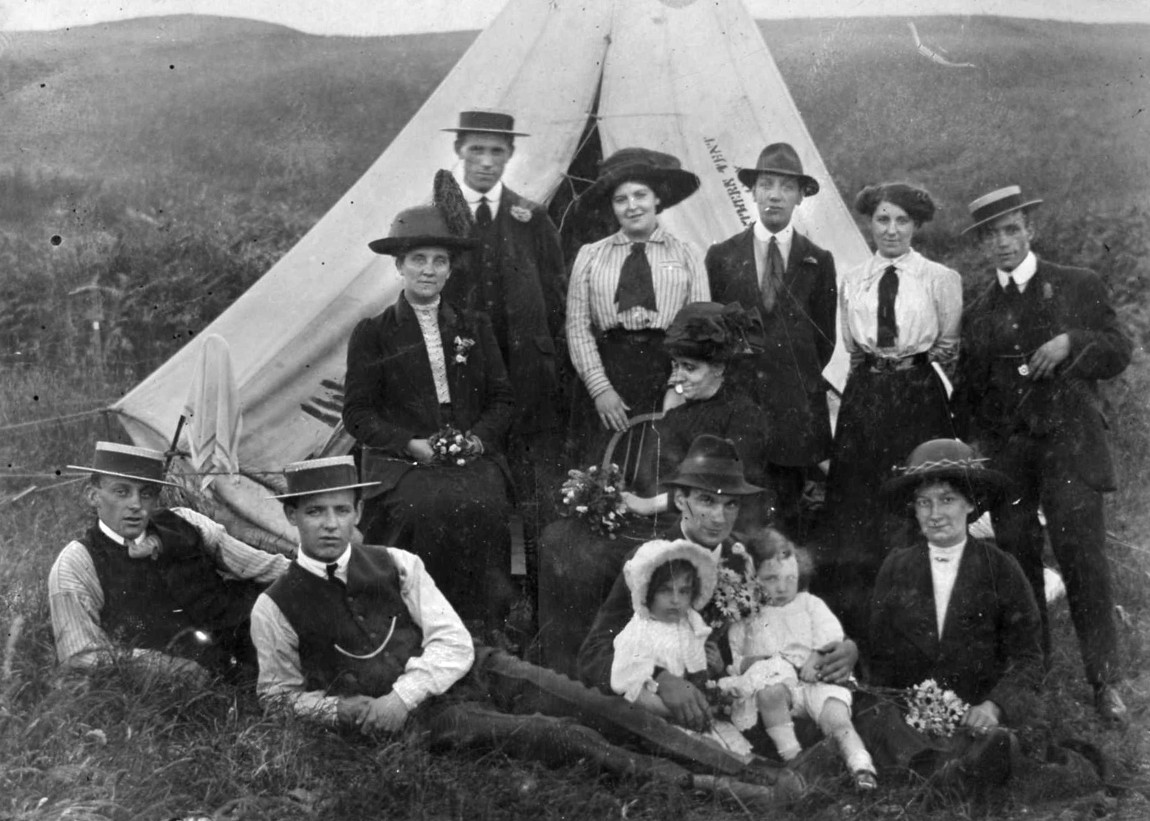 You can see more of the wonderful pages from Douglass  book in the photograph gallery of this collections website.