The Amazing Story of Sgt. Doyle 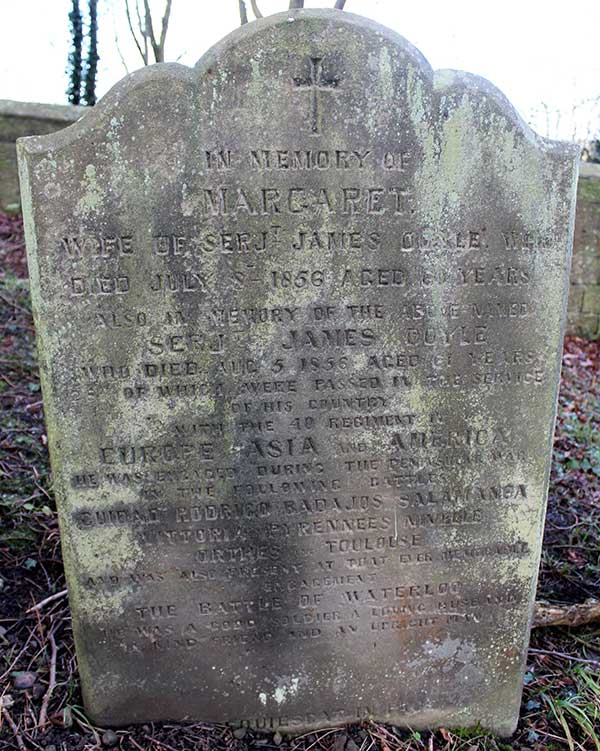 *At the very back on the right of the church, Take care going down the slippery slope.

The following includes material from a paper in the Journal of Alnwick Local History Society: 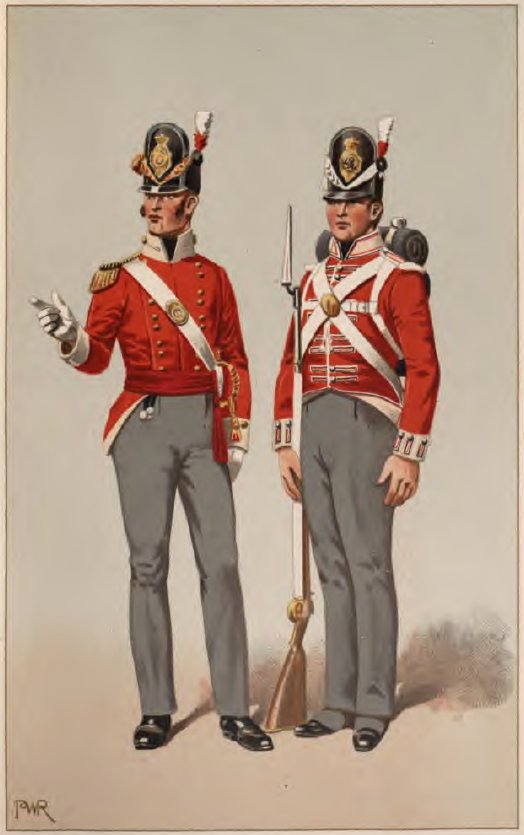 Drummer Boy James Doyle was recruited into the 40th Regiment of Foot aged 14 from the town of Wicklow in Ireland in 1809. The army represented one of the few routes of escape from the terrible poverty at that time, but young James could not have foreseen that in leaving starvation behind how much danger he would face instead.

Even before the bloodbath of Waterloo his remarkable, nearly 50 year military career included surviving seven particularly vicious battles in a terrible conflict. Post Waterloo he faced almost a decade and a half of other hardship.

Right : An officer and private soldier of the 40th Foot (Jamess Regiment) at the time of Waterloo

Note from his initial service record below that since James Doyle  was too young to officially join the army at 14, his service below the age of 18 did not count towards a pension ( “Underage” ) , yet he faced exactly the same hardships and dangers as every other soldier.

In 1808 Britain had been dragged into the Peninsular War raging across Spain and Portugal against Napoleon’s armies. This involved bloody battles such as Rodrigo, Badajoz, Salamanca, Vittoria, Pyrenees, Orthes and Toulouse, all of which all saw Drummer Doyle in action. It was also notable for the world’s first national application of a guerrilla strategy against an invader, by the Spanish. Having suffered from ambushes and hit-and-run killings throughout the campaign this meant that the French fought with particular venom, and many massacres of civilians and prisoners occurred the seven years of conflict.

Relief at the defeat and exile of Napoleon to the island of Elba in 1814 was short-lived, however. Determined to have one last try at conquering Europe, the Emperor returned to Paris in March 1815. His loyal soldiers hurried back to follow their leader to victory or death.  Their defeat at Waterloo was certainly not through lack of courage or effort. As the Duke of Wellington freely admitted afterwards, Waterloo was “the nearest run thing you ever saw in your life”.  It was only by acts of exceptional bravery and stamina that the British army, including by now Private Doyle held out, in some cases fighting non-stop for 8 hours in virtual hand-to-hand combat. 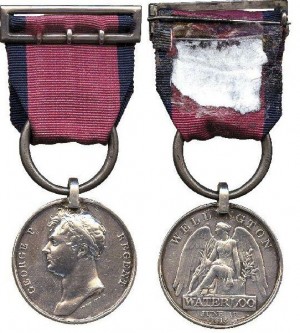 Right : The Waterloo medal given, at the suggestion of Wellington, to every British soldier that was present at the battle- regardless of rank.

This was a revolutionary idea and showed how deeply the Duke respected the common soldier- widely viewed as scum by the British aristocracy.

The medal is also unusual in that it bears the image of the Prince Regent and not the reigning monarch (George III).

Besides  the nightmare of Waterloo, Private and then Sergeant Doyle’s postings included  the East Indies, where tropical diseases cut down swathes of British servicemen.

James was then pensioned off on the princely sum of 1 shilling and 10 pence a day, but almost immediately joined the Jersey Militia in St Helier. He was subsequently recruited to the Northumberland Light Infantry Militia (which became the 3rd Battalion Militia), stationed in Alnwick in 1852. He died in 1856 of “disease of the Lungs, Liver and Kidneys” less than a month after his beloved wife Margaret passed away.

Below  James Doyles death certificate. His wife had just died, so a neighbour witnessed the death 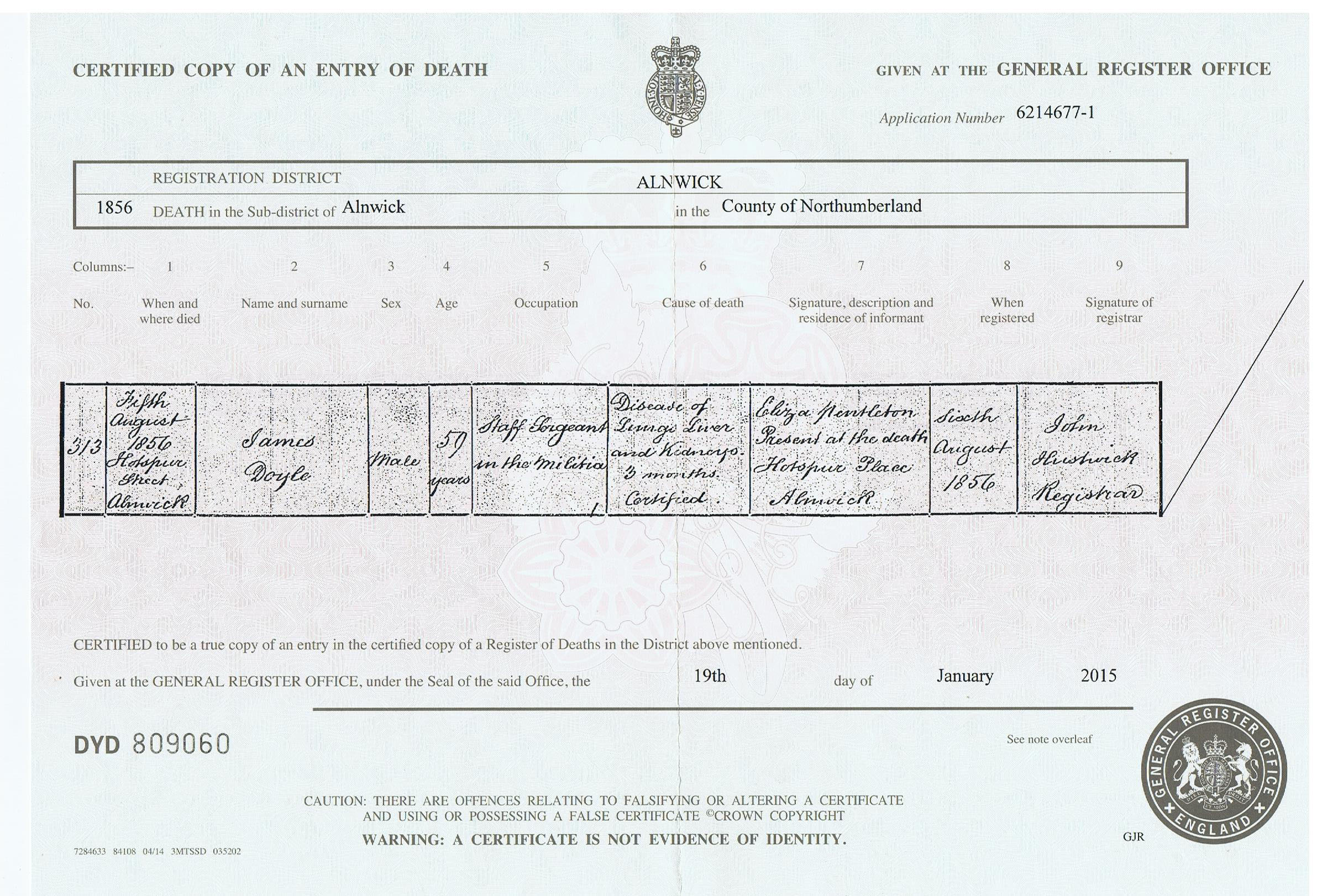