There were many factors that contributed to the short and dangerous life of a miner. Constant dust in the atmosphere irritated lungs and led to serious illness.The pressure of millions of tons of coal and rock above the mine shafts set off roof falls which trapped and crushed many miners. One of the most frightening factors of all, however was the presence of methane gas- CH4 – in mines. This was released from the coal faces after being trapped at the time the coal was formed. Any naked flame such as that in early miners lamps was always at risk of creating a catastrophic underground explosion.

The Davy lamp from which this miners lamp was developed was invented to try to eliminate the unseen and ever-present hazard of explosion. Sir Humphry Davy discovered that enclosing the naked lamp flame in a wire mesh screen removed the risk of settting off the methane gas and hence saved huge numbers of lives throughout the world. 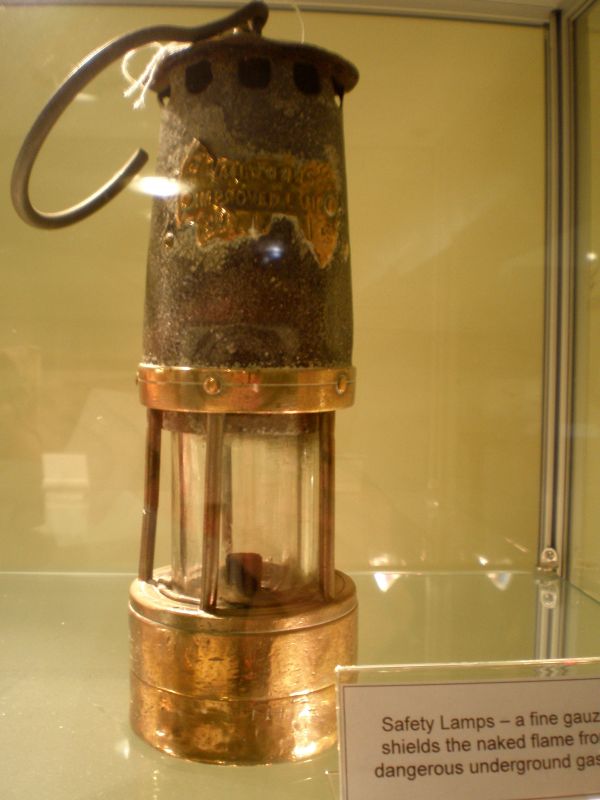