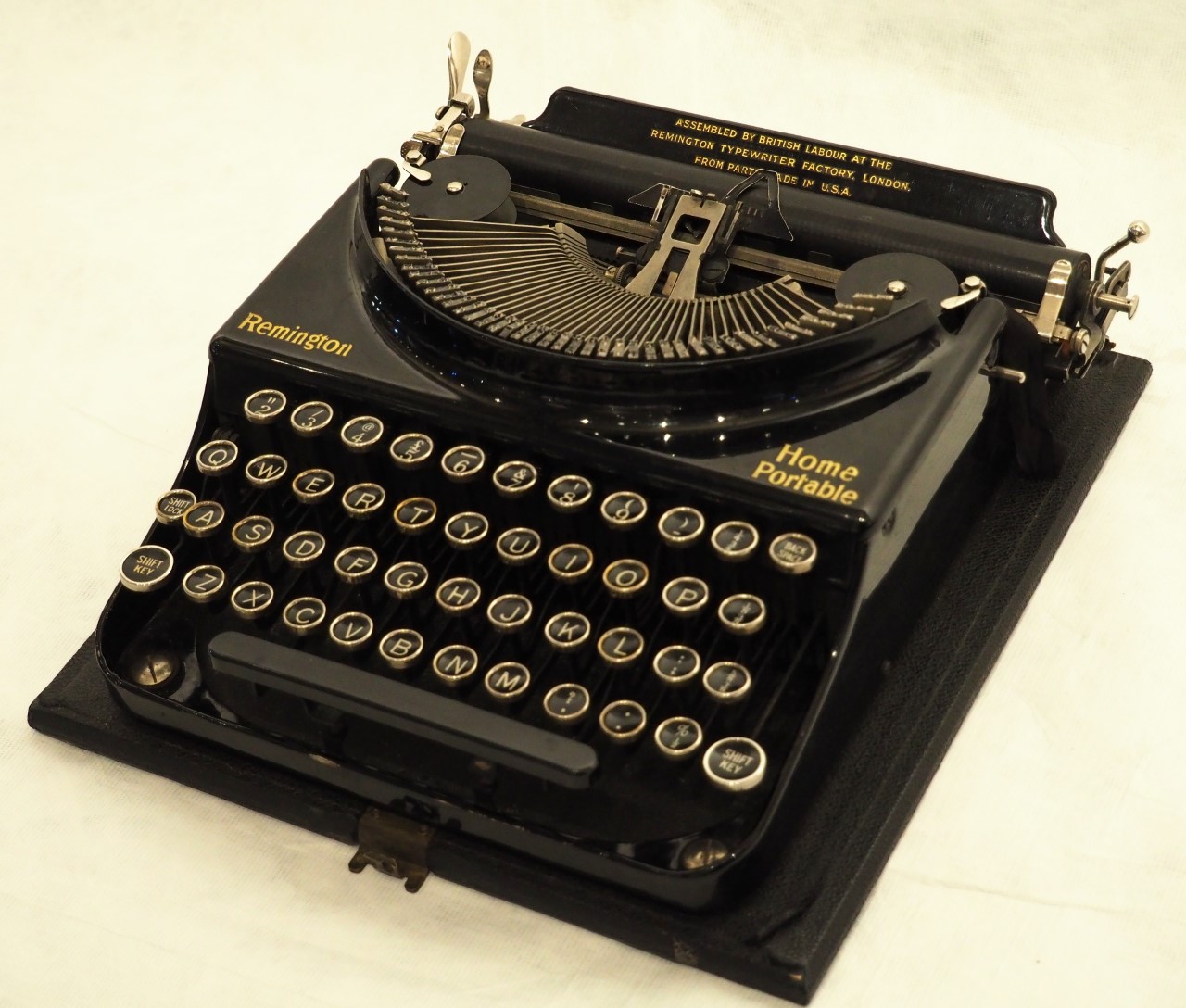 In 1873, E. Remington and Sons – a New York company with a history of manufacturing guns, and then sewing machines – produced the first commercial typewriter. It used the QWERTY layout, still used today, that was designed by Christopher Sholes. Five years later, the Remington Number 2 was released, giving operators access to upper and lower case characters through the use of the Shift key.

As it says on the machine, the Remington Home Portable Typewriter as shown was assembled by British labour from parts made in the US. The typewriters were assembled at Remingtons factory in London, starting in 1930*.( Remington did the same thing in Australia during the 1930s, with US-made parts assembled at a “branch plant” in Sydney) 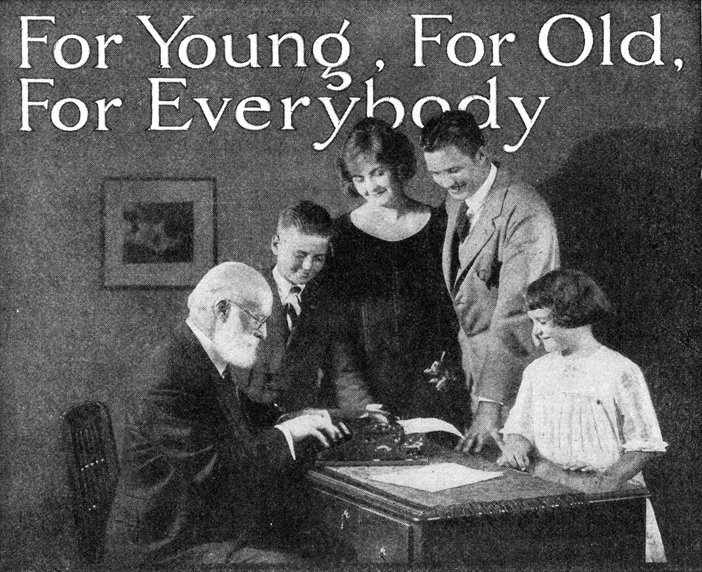 Remingtons headquarters in London were at 100 Gracechurch Street, EC3.  The London factory where these “Home” portables were assembled, however, was nearby at 16 Crutched Friars, EC3N, close to the Fenchurch Street Station (The street name comes from the Roman Catholic religious order Fratres Cruciferi, or Brethren of the Cross. The name refers to the staff carried by the brothers, surmounted by a crucifix).

A “Home” Remington portable which belonged to a well-known British author was auctioned in London by Bonhams on June 26, 2007. Quentin Crisp (born Denis Charles Pratt, Christmas Day 1908; died November 21, 1999) was a writer and raconteur. He had used the typewriter to write The Naked Civil Servant. It was bought at auction by a Mr Paul Frecker for £1,600.