This small leather “football”, stuffed with hay, is not much bigger than a large hand ball. It was used in contests between the villagers of Thropton and those of Rothbury; the respective goals were Thropton Bridge and the porch of the Parish Church at Rothbury. This is a splendid example of an item that traces its sporting origins to the medieval period.

Football has always been an important part of North East culture, often being at the forefront of the professional game across the country. In 1889, the Northern League was founded in Durham just one year after the Football League (the oldest football league in the world) was formed.

Consisting of both professional and amateur clubs, the Northern League helped the spread of professionalism by assuring that a minimum number of games were played in a season. A further football fact is that West Auckland FC was twice winners of one of the first ever international football trophies, the Sir Thomas Lipton Trophy, in 1909 and 1911.

The Rothbury Football is on display at Bailiffgate Museum, on loan from the Society of Antiquaries of Newcastle. The Museum is delighted that this item was selected as one of the Top 100 items of the North East during the Festival of the NE in 100 Objects. 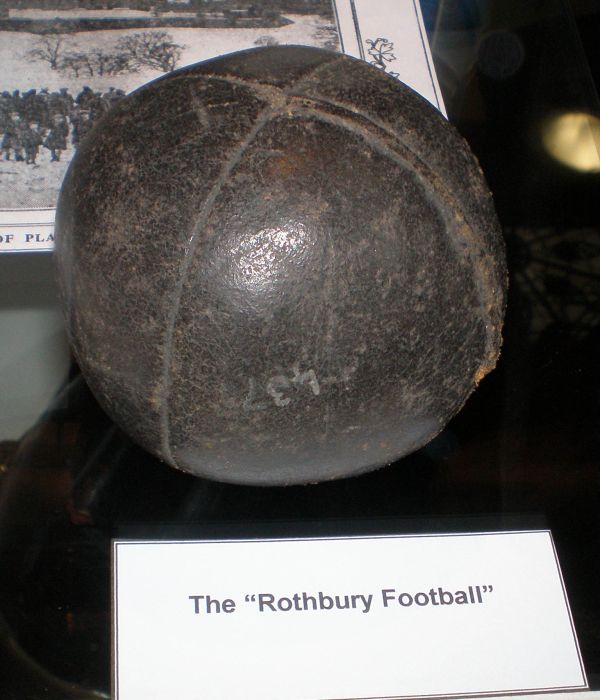