About Us Our Wonderful Area Local Railways

As far back as the sixteenth century wagons run on parallel wooden planks were used both under and over-ground for the transport of coal. By the end of the eighteenth century, iron rails had replaced the wooden planks. In 1809 a three-mile tramway was opened to carry coal to Alnwick from a pit near Shilbottle, using horse power, rope and gravity. The track passed through Cawledge and Greensfield, then followed the line of the present Wagonway Road to a coal depot adjoining the turnpike road (where Wagonway Road meets Prudhoe Street and the South Road). 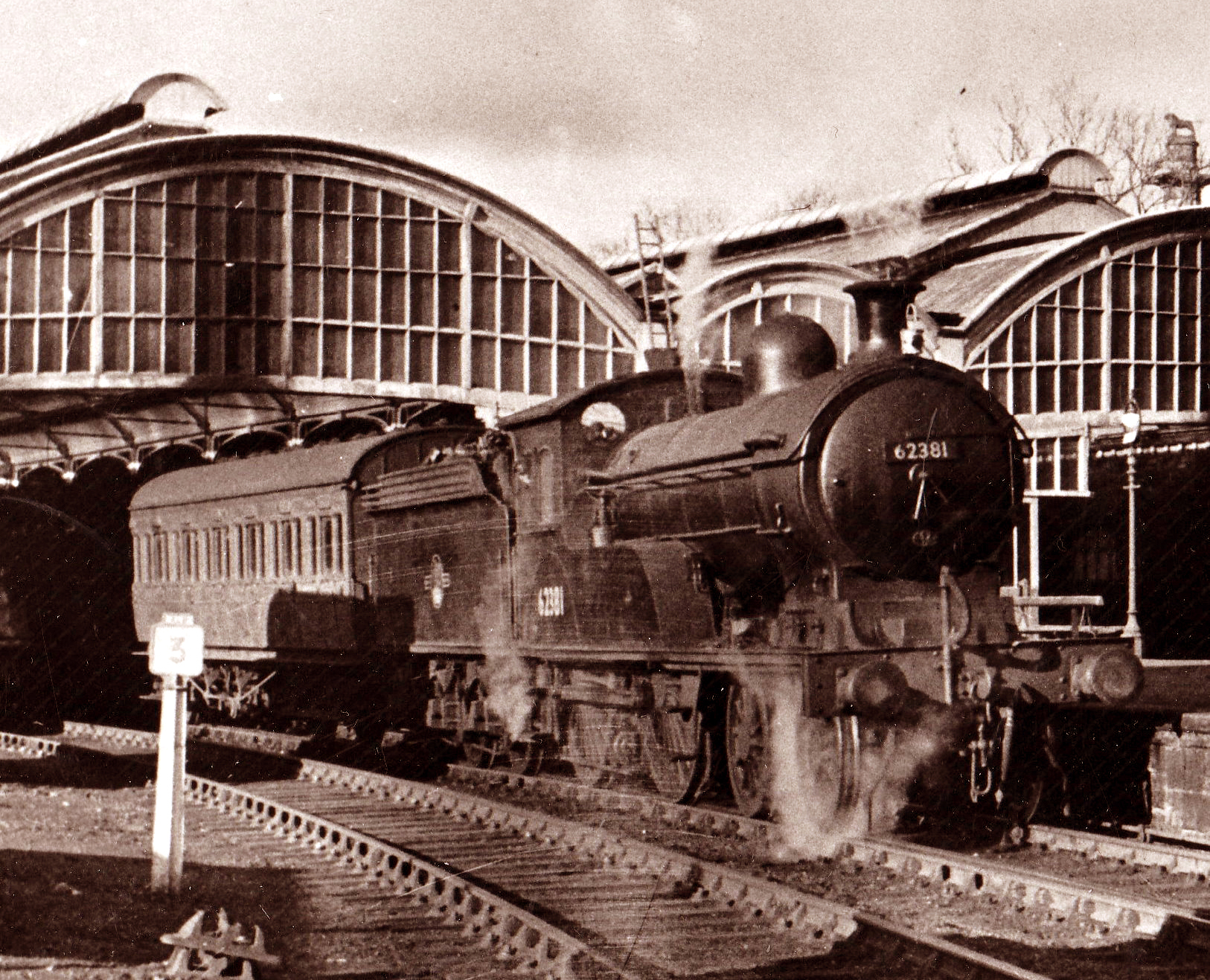 The development of steam engines in Northumberland for use on the early wagonways, led to demand for other schemes. The Newcastle and Berwick Railway opened in 1847 with a station at Bilton (renamed Alnmouth in 1882), and amalgamated a few weeks later with the York to Newcastle line. The 2¾ mile branch from Bilton Junction to Alnwick terminus, near the existing coal staithe, opened for passengers in August 1850 and became operational for goods traffic from the beginning of October in the same year.

A carrier’s business with six carts and two horses was later set up to deliver and collect goods around the town and surrounding area. A cobbled track (the route of which can still be seen) was laid in Bondgate, beginning near the Tower, with larger flat stones for the cart wheels to facilitate access to the shops on the high side of the street. The carrier’s business later amalgamated with Pickfords, the road haulage company in which the British main railway companies had acquired an interest.

A single track branch from Chevington on the main line opened in 1849 to carry coal from nearby Broomhill and Radcliffe collieries to Amble harbour. A passenger service commenced in 1879 from a new station, providing the opportunity for local people to join main line trains. There was also a mineral line from the new Shilbottle Colliery to a siding at Wooden Gate, and one from Whittle Colliery on the A1 at Hampeth to the main line at Warkworth. By 1854 the York, Newcastle and Berwick Railway together with the Alnwick and Amble branches had become part of the newly formed North Eastern Railway.

The Northumberland Central Railway from Scotsgap to Rothbury opened in 1870 but was amalgamated with the North British Railway in 1872. In addition to goods and daily passenger services linked with the Wansbeck line to Morpeth, excursion trains to Rothbury were popular with passengers from as far as Tyneside travelling to Rothbury Races or for an outing in the country, and for locals visiting Newcastle and its theatres. Services on the branch were always leisurely, with the train known to stop to allow passengers to pick blackberries!

In 1887 a new and imposing station with larger signal box (to enable the signalman to see over a nearby bridge rather than under it) was opened in Alnwick. The old station building became a goods shed, and the platform was used firstly for excursion trains and later as a cattle dock. At the same time a new branch line opened between Alnwick and Comhill, where the station had been renamed Coldstream, although the town was 1½ miles away over the Scottish border.

The line served a large area of Northumberland, and its first station out of Alnwick being Edlingham which was reached through long and deep rock cuttings after a 3½ mile climb from 68 metres at Alnwick to 204 metres at the summit – with a similar climb from Edlingham to the summit on the return journey. The line passed under an aqueduct before reaching Edlingham, after which it crossed a five-arched viaduct, then passed through a 320 metre tunnel near Hill Head before continuing to Whittingham Station with its unusual island platform (which can still be seen). The line through Glanton Station and Hedgeley ran close to the old Morpeth to Cornhill turnpike road, now the A697, but was 1½ miles from Whittingham village and 1 mile from Glanton.

Three passenger trains a day (except Sunday) ran in each direction with a journey time of 1½ hours. Daily freight trains carried farm produce, minerals and general merchandise. With a population in the whole area of the line only about 8000, passenger traffic was not high, and numbers declined as more convenient bus routes were established. In 1930 the passenger service was withdrawn. The goods service continued (and troop trains in the Second World War served an RAF station at Milfield), but the line was damaged by floods in 1948 and 1949 when it was separated into two sections. The route from Alnwick to Ilderton continued to operate until closure in 1953 when traffic was taken over by British Railways’ lorries. Elegant station buildings adapted for other uses still remain along the former line, and the track is popular with walkers as well as railway and wildlife enthusiasts who now enjoy the views once seen from the train.

The Amble branch passenger service was also withdrawn in 1930 due to the availability of more frequent and convenient bus services. In 1964, with less coal being produced in the nearby collieries, the branch line was closed. A passenger service continued on the Rothbury line until 1952 when it too was withdrawn for economic reasons, although scenic special excursion trains ran in the mid-1950s and one even as late as 1963. Goods traffic continued until the line closure in 1963.

The main line and branches became part of the London and North Eastern Railway in 1923. They were nationalised in 1948.

In 1955 a modernisation plan was published which also included cutbacks and the withdrawal of passenger facilities. Warkworth, Christen Bank and Little Mill stations closed in 1958, and Longhoughton in 1962. The Alnwick branch was one of the last steam-hauled lines in the country, the engines being replaced in 1966 by diesel units until the beginning of 1968 when the passenger service was withdrawn. The number of trains each weekday from Alnmouth had been as high as 20 in 1910 falling to 13 in 1957, but there was still a demand for the service. Objections were made to the proposed withdrawal but without success. Goods traffic closed later in 1968. Acklington and Alnmouth stations remain open, and the station buildings in Warkworth and Alnwick have been adapted for other purposes.

The Aln Valley Railway Society is continuing to restore the former Alnmouth to Alnwick line to operate as both a tourist attraction and a link for main line trains. A new station is being developed on the Lionheart site just to the East of the A1 –seewww.alnvalleyrailway.co.uk