World War One The March of the Tyneside Scottish

Commemorating ‘The March’ of the Tyneside Scottish to Alnwick Camp, 31 January – 1 February 2015

A weekend of events to commemorate the centenary of the march from Newcastle to Alnwick of the 20th (Service) Battalion Northumberland Fusiliers (1st Tyneside Scottish) proved a great success.

There were really good turnouts for all four events & fortunately the weather was very kind to us – cold but clear skies & sunny!

The first event, on Saturday 31 January, was a Remembrance Service at St Thomas the Martyr’s Church at Barras Bridge in Newcastle, followed by an evening of talks by experts at Felton Village Hall. 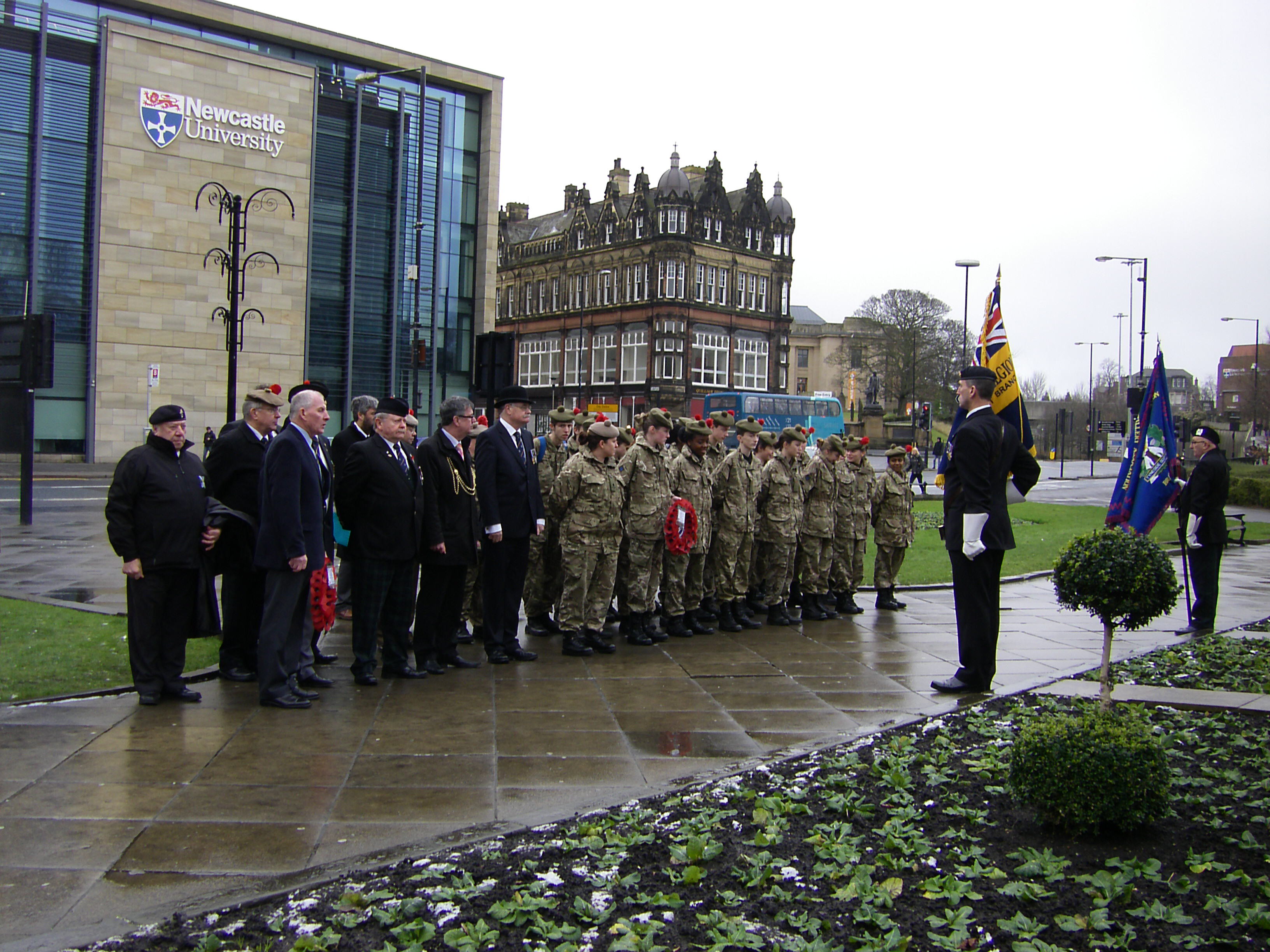 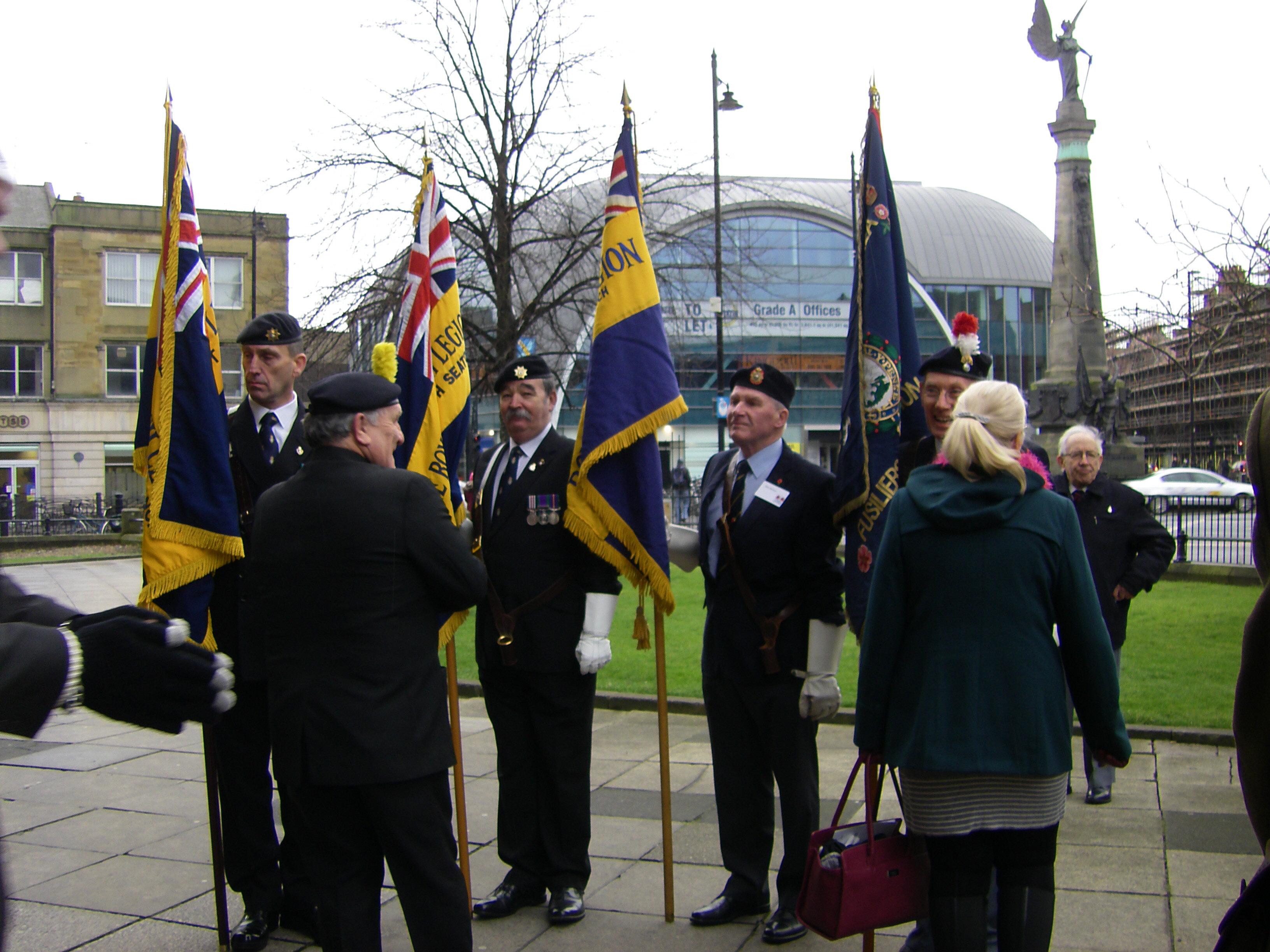 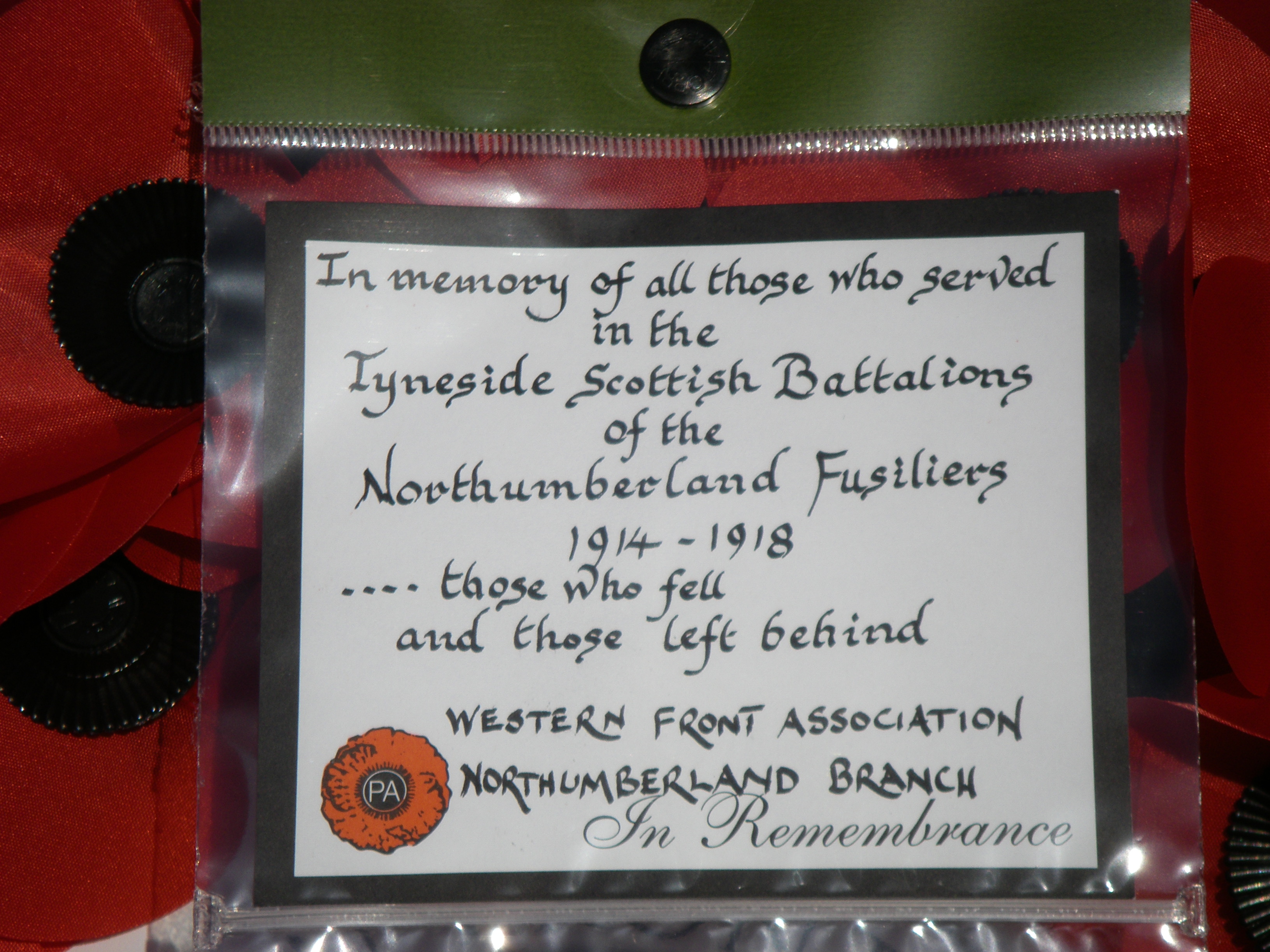 WFA Branch wreath laid to mark the beginning of ‘The March’

The main event on Sunday, 1 February, was a commemorative parade through Alnwick to Alnwick Castle where the Duke of Northumberland welcomed almost 200 marchers at a reception in the Guest Hall. 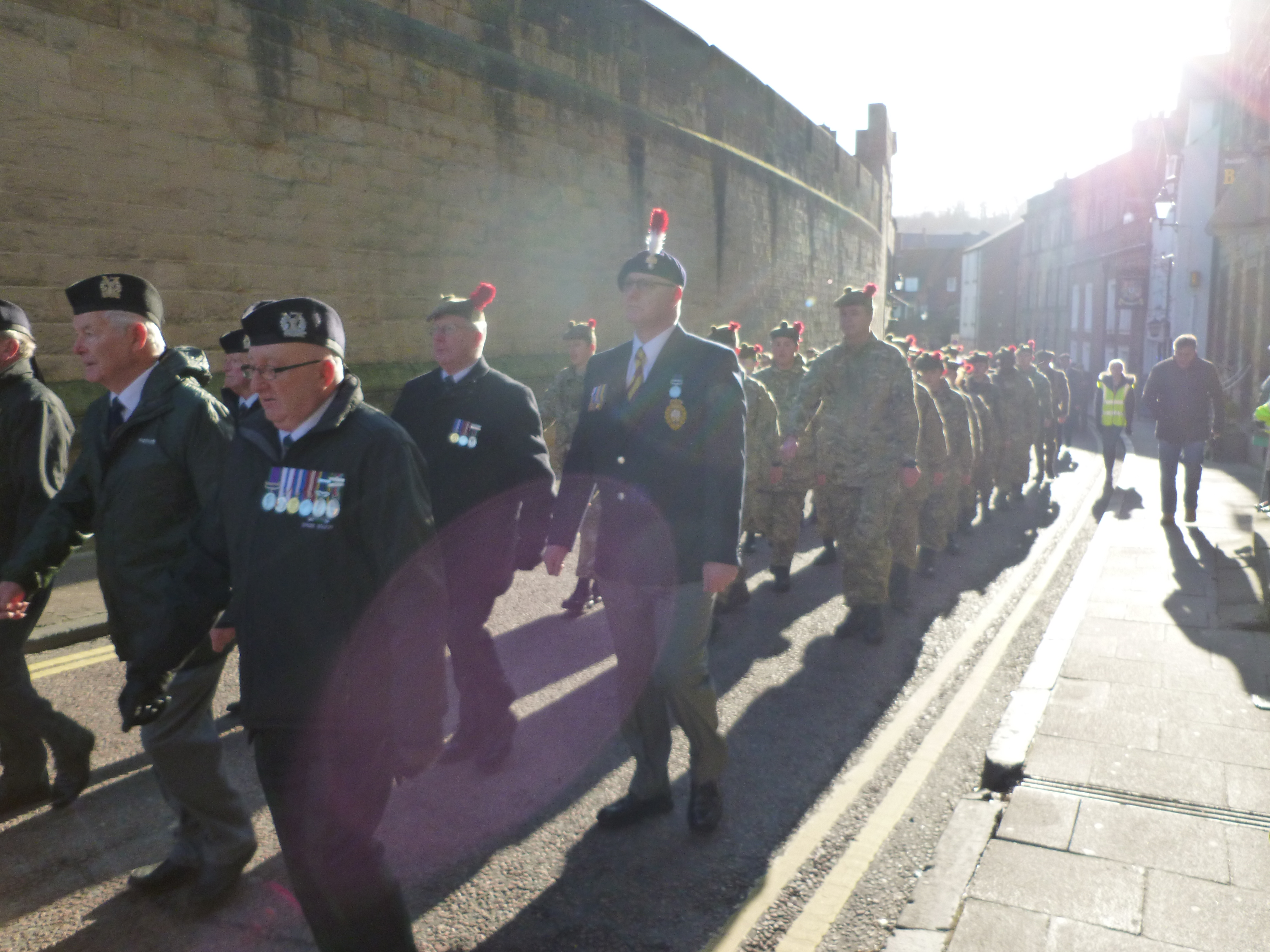 The parade marching up Narrowgate on the approach to Alnwick Castle, 1 February 2015

The parade through the town was witnessed by relatives of those who served in the Tyneside battalions & was led by the Northumberland ACF Pipe Band & included civic dignitaries, veterans, serving military personnel, historical associations, & members of the Royal British Legion & Western Front Association.

The memories of one of the marchers, Tom Easton, are preserved in Northumberland Archives.

He recalled communities along the route, such as Seaton Burn, turning out to offer the soldiers refreshments but he was put out to find that his overnight accommodation was a stable at Morpeth!

He remembered that Felton was decked in bunting to welcome the marchers and barrels of beer were opened in the local fields.

‘For a long time there were folk memories in Felton of the time the soldiers marched through’ said Ian Hall, author of the book ‘Alnwick in the Great War’.

‘The march was a tangible, symbolic moment’, said Alnwick District WW1 Centenary Commemoration Group’s 2015 events project manager Dave Barras.   ‘The march marked the first time these soldiers had left their home area. It was the beginning of going to war’. 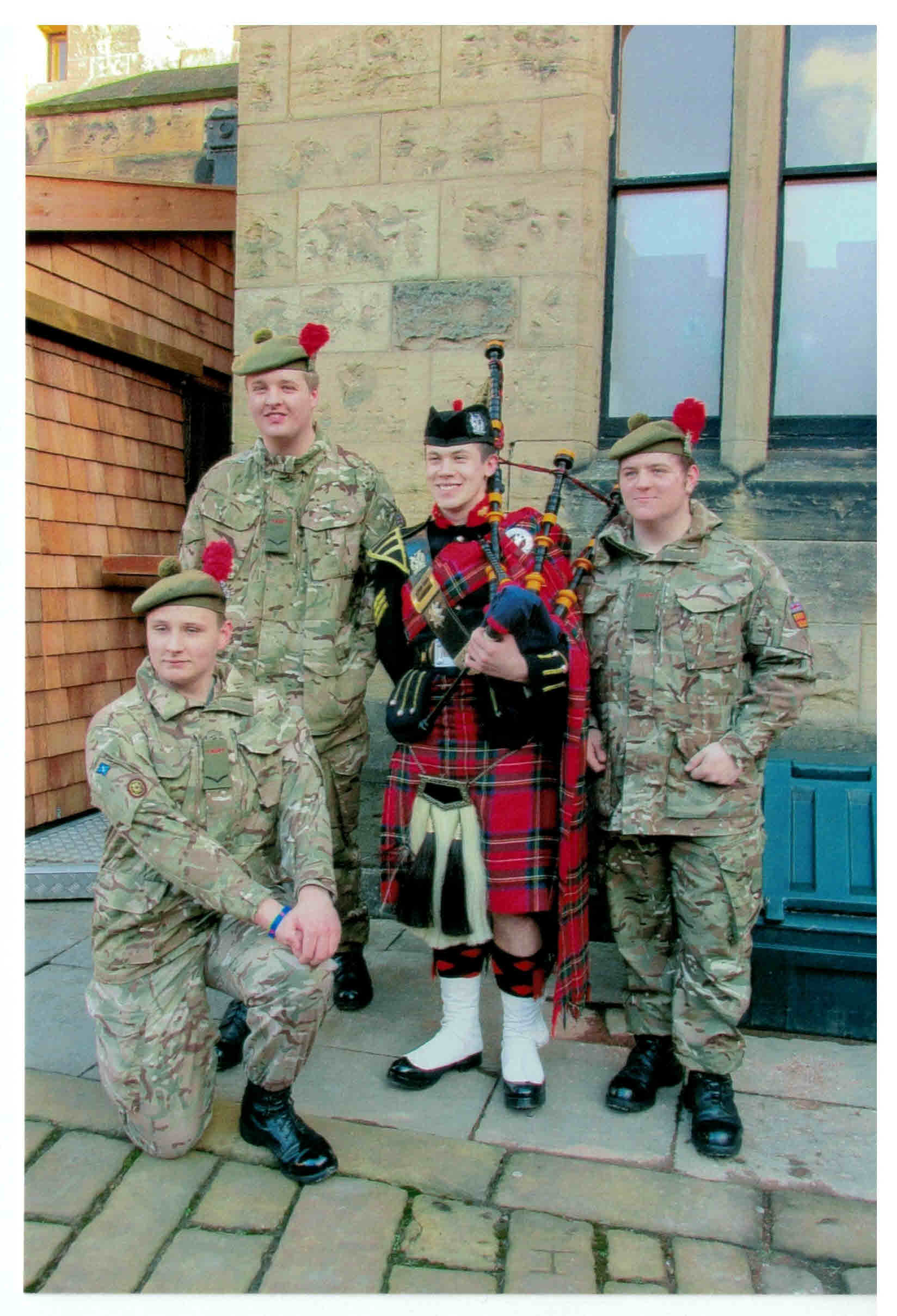 The Group’s next event will be an exhibition at Bailiffgate Museum which will open on 31 March & run to 17 May.  Further details will be announced shortly & details of other events planned for July & August will follow later in the year.