Service History:
Lee was killed aboard HMS Natal when the cruiser blew up whilst anchored in the Cromarty Firth.

HMS Natal was a Duke of Edinburgh class armoured cruiser built in 1905 of 13,550 tons & with a main armament of sixÂ 9.2-inch guns. An Admiralty inquiry put the loss down to an internal explosion of faulty cordite in one of the aft magazines. 421 Officers & men wereÂ lost.
(Source: coldstreamhistorysociety.co.uk)

Background:
Born at Portsmouth on 11 April 1883, the son of Thomas Lee, of 9, Corpry Street, Southsea, Hampshire.

The connection with Kirknewton is unclear. The Village War Memorial is inscribed with Private I. Lee, R.M.A., i.e., Royal Marine Artillery.

A search of the CWGC website for an I. Lee lists only four matches, none of which are R.M.A.. One is a Northumberland Fusilier, but he was a Corporal & had strong connections with Halifax, Yorkshire. A Military Records search of Ancestry.co.uk produced only one possible match, full access to which was not possible - it needs Premium Membership to view the UK, British Jewry Roll of Honour, 1914-1918, which the author does not have but the limited information available online does not suggest this man will be a better match that RMA/9622 Lee.

Presumably after equally thorough research, Coldstream & District Local History Society concluded there may have been a transcription error when the Memorial was commissioned or made & that RMA/9622 Lee is the most likely match with a 1915 date of death. This author has no reason to dispute this conclusion! 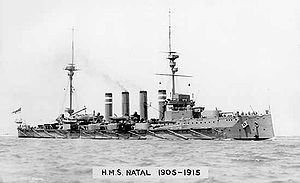