Service History:
Enlisted at Alnwick on 8 December 1915 & immediately posted to the Army Reserve. Recorded as living at 27, Bridge Street, Alnwick, & working as an Insurance Agent. He was 5 ft 10Â½ ins. tall.

Mobilised on 13 May 1916 as a Gunner in the Royal Garrison Artillery. Served in the London Anti-Aircraft Section (at Great Yarmouth) before being transferred to the Heavy Gun Section to train for service abroad. Previous regimental service #763.

Background:
Born on 11 May 1888, at Amble, Northumberland, the second son of Matthew Lee, of 6, Leazes Street, Amble, by his wife, Elizabeth (eldest daughter of George A. Wake, of Ripon Street, Gateshead).

Employed by the Co-operative Society for 15 years, as a Grocer. 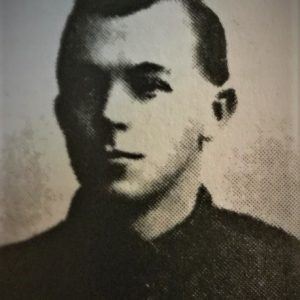