Service History:
When war broke out Chrisp was attending the annual training camp of the Bede College Territorial Army unit at Conway. He volunteered immediately & was given the rank of Sergeant. After training, the Battalion left for France on 19 April 1915. Thomas took part in Second Battle of Ypres on 25 April where he was shot through his right arm & left thigh. He returned to England & after his recovery was involved in training new recruits & promoted to Sergeant Major.

He re-joined his battalion in July 1916 near Ypres & then travelled towards the Somme.

For the resourceful leading of his platoon during the capture of the Fleurs line at the beginning of October, Chrisp was awarded the Military Medal.

In early June 1917 he had his photograph taken with other Warrant Officers & Sergeants at Souastre. The battalion were in trenches near Cherisy. At 8.00 am on Saturday 23 June (Battalion War Diary) Chrisp was hit by a fishtail bomb (wizz-bang) & killed outright as he entered his dug-out. The date of death on CWGC & 'Soldiers Died...' is 22 June.

In 1901 the family lived at 107, ForemanÂ’s Row, Seaton Delaval, Northumberland.

Thomas Snr. was transferred to Wooler in August 1905 & promoted to Inspector in 1907. Chrisp, then 12, attended Wooler Church of England School.

From September 1906 he attended the Dukes School, Alnwick & worked part-time as a pupil teacher at Wooler C of E School, then Alnwick C of E School from early 1911.

His father died in January 1910 & the family moved to Denwick, Alnwick. Then, his mother gained employment at Hexham Magistrates as a Caretaker, so moved there with the younger children. Chrisp remained in Alnwick at the home of his uncle, Inspector Sanderson.

Chrisp played football & cricket for the DukeÂ’s School. He left in summer 1911 & began working as an assistant at Guide Post Primary School, Choppington. His future wife, May Dickinson Hedley, also started working there on the same day.

Chrisp attended Bede College, Durham from 1912-1914 to train as a Teacher. He continued to excel at sport, playing Football, Rugby & Tennis for the College & was a member of the Boating crew.

He married May on 24 June 1916 at Hexham Abbey, a month before he re-joined his regiment abroad. Their son, John Thomas Hedley Chrisp, was born on 17 March 1917. May returned to teaching in 1920. 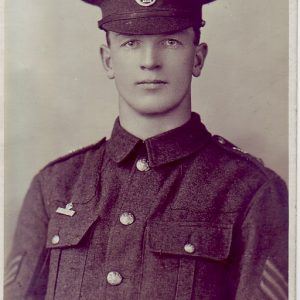 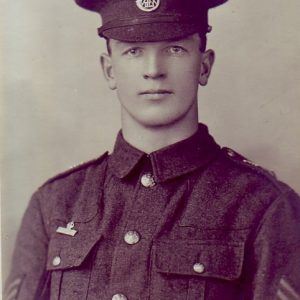 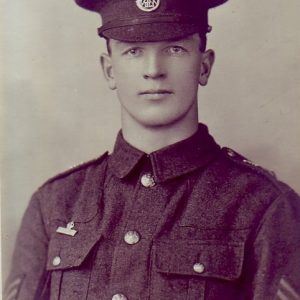