Awarded Royal Aero Club Aviator's Certificate No. 1619 on 20 August 1915 when a Sergeant - there's a copy of his Royal Aero certificate on Ancestry.co.uk, which he took at the RFC Military School, Ruislip (now RAF Northolt) in a Maurice Farman Biplane.

RFC Communique No. 31, 19 March 1916: 'Piloting a Morane Parasol of No. 1 Sqn with Lt. J. McKelvie as observer, escorting & artillery Morane over Oosttaverne, he observed an Albatross diving to attack. He turned & attacked at 500 yards, closing to 150. The EA did not return fire, dived steeply out of control from 500 feet.'

RFC Communique No. 36, 18 May 1916: 'Flying a Nieuport Scout he attacked two Aviatiks between Ypres & Ploegsteert. They turned & returned fire. He fired three drums from 100 yards. One hostile was hit & dived vertically & was destroyed. The other dived & turned towards German lines.'

(N.B. The CWGC website records the date of death as 8 April 1916 but Carlisle's service record, as recorded in 'A Contemptible Little Flying Corps', pages 166-167, shows it to have been 8 July.) 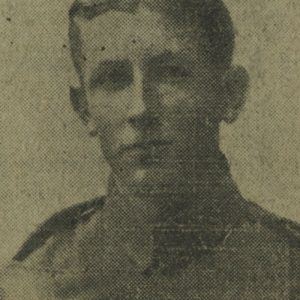