Buried:
Wimereux Communal Cemetery (N.B. Wimereux was the headquarters of the Queen Mary's Army Auxilliary Corps. From October 1914 it was an important hospital centre & the cemetery was used to bury its dead. Unusually, because of the sandy soil, the headston

Died at No. 14 Stationary Hospital, Wimereux, presumably of wounds received or from the effects of gas poisoning.


Background:
Born in 1897, the son of James & Isabella (nÃ©e Turner) Straker, both of Longhoughton. The family lived at 6, Boulmer Village at the time of Straker's death.

Came from a long line of fishermen, dating back to at least 1841. Straker's family had connections with the Stephenson's of Boulmer, another long-established fishing family in the village. 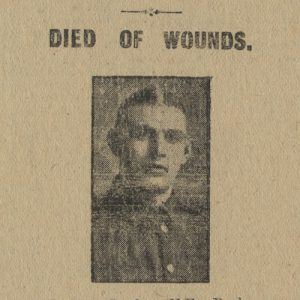