The 1911 Census records him serving with the Gloucestershire Regiment's 2nd Battalion at Malta. He was, then, a Lieutenant.

He served with the Gloucestershire Regiment's 1st Battalion in the First World War. He was wounded at Givenchy on 20 December 1914, & again, on 9 May 1915, in the attack on Aubers Ridge.

On 23 February 1910, married Flora Macdonald Lindsay Stewart (b. about 1885; living at Kingsclear, Camberley, Surrey), at Holy Trinity Church, Brompton, Kensington & Chelsea. Flora was the daughter of the late William Lindsay Stewart (Gentleman). Bosanquet gave his address as 32, Thurloe Place, SW. At the time, he was a Lieutenant in the Gloucestershire Regiment. 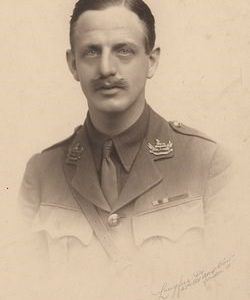 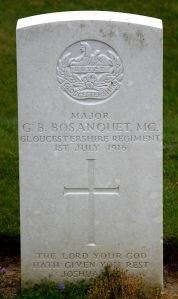