Service History:
Enlisted in September 1914 & gazetted Lieutenant in the Queen's (Royal West Surrey Regiment). In July 1915 he was sent to France as a Captain with the regiment's 7th Battalion. 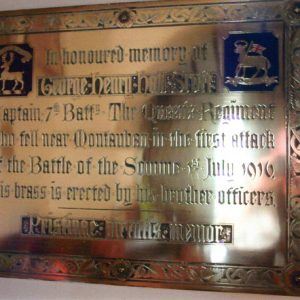 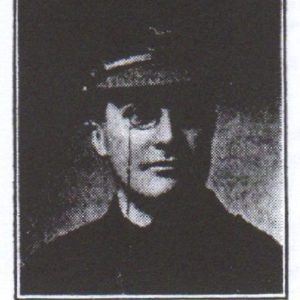 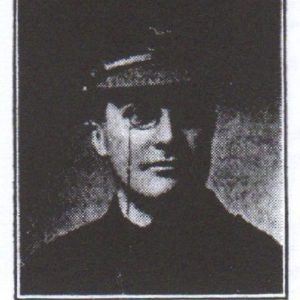 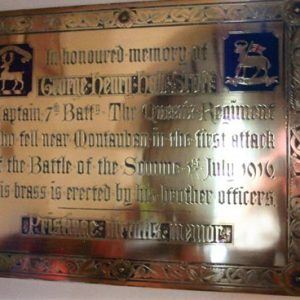