Service History:
Enlisted as a Private at Ayr in February 1915. After a period of thorough training at Dunfermline, Glasgow, Stirling, & in Essex, Beattie was commissioned & gazetted to his own regiment on 1 March 1917.

Served with the Expeditionary Force in France from the following October. Beattie fell in battle at Neuve Eglise successfully preventing a German breakthrough during their 1918 Spring Offensive. Casualties over theÂ 3 days were heavy & over 300 officers & men became casualties, with 71 dead.

Buried where he fell. His Commanding Officer wrote:

'He was indeed a splendid fellow, & such a soldier as we can ill-afford to lose at this critical time. The way in which he led & fought his platoon was magnificent. He always enjoyed the confidence of all ranks under his command, a quality which stood the test when the real trial came last week. His comrades - officers & men - all mourn his loss.'

'His death came as a great blow to us all. He was killed while gallantly reconstructing the line... He was loved & admired by his men, & his qualities were esteemed by us all. In his death we feel that we have lost a true friend & a very gallant gentleman. Yours is the satisfaction of knowing that he considered it sweet & pleasant to have died for his country.'
(Sources: 'UK, De Ruvigny's Roll of Honour, 1914-18', Part 5, pp.11-12. Also, Coldstream & District Local History Society; June 2013)

Background:
Born on 30 May 1895, at Wooler, Northumberland, the son of the late Jonathan Beattie (a Building Contractor) & his wife, Isabella (daughter of the late George Arkle, of Seahouses, Northumberland), of Glendale Road, Wooler.

Educated at the Duke's School , Alnwick. He was a keen lover of sports.

Beattie began his working life as an Apprentice with the British Linen Bank at Wooler before being transferred to a branch atÂ Ayr where he joined the 9th Highland Light Infantry, a Territorial Force unit, on 26 January, 1915.
(Sources: 'UK, De Ruvigny's Roll of Honour, 1914-18', Part 5, pp.11-12. Also, Coldstream & District Local History Society, June 2013) 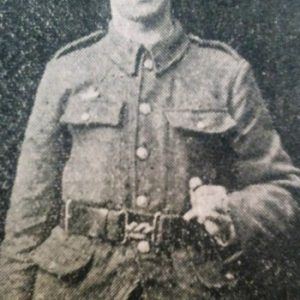 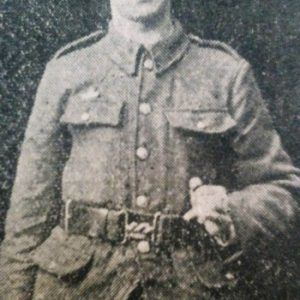