Service History:
In November 1899, commissioned as Lieutenant in the 3rd (Militia) Battalion, Durham Light Infantry. Served in South Africa from January 1900 to May 1902, where he served with distinction in the Mounted Infantry.

In 1901 he received a regular commission in the 1st Battalion, Northumberland Fusiliers, with which he remained until the conclusion of the campaign, receiving the Queen's medal with 3 clasps, & the King's medal with 2 clasps.

Retired from the Army in 1904 but re-joined his old Regiment on 20 August 1914. Went to France as a Lieutenant in the 3rd (Reserve) Battalion of the Fusiliers & was later attached to the 1st Battalion.

Killed in action near Neuve Chapelle. Date of death varies as between 25-27 October 1914.

His Commanding Officer wrote of him after he was killed: 'A good officer & a cheery friend'.
(Source: 'The Bond of Sacrifice'; Volume 1, August to December 1914; Page 223)

Leather was an expert motorist, a keen amateur sailor, & a fisherman. He was unmarried. 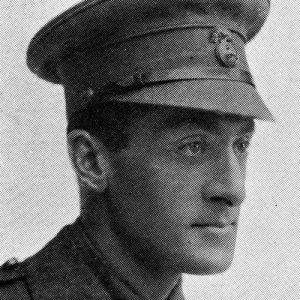