Recipient of the Military Medal.

In 1911, aged 17, Balmer was an inmate at Stannington & Ponteland Certified Correctional Reformatory.

A fourth son was lost during the war. Thomas Frederick Balmer did not serve with the armed forces, rather he worked in the munitions industry & died from Lyddite poisoning. 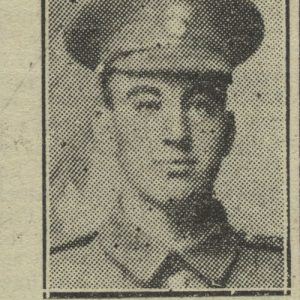