Initial(s):
N A (N.B. The Memorial has his initials as J.E. & CDLHS express the hope this is the same soldier)

Service History:
Enlisted into the Royal Army Medical Corps in October 1915 as a Private. Became an Officer Cadet in December 1916 & commissioned into the Tyneside Irish in May 1917 & went to France the following month.

Hunter was killed during the raid on Â‘Triangle TrenchÂ’ near Hargicourt, France. At that time the battalion were in trenches in the St. Quentin sector & the raid cost 2 Officers & 16 Other Ranks.
(Source: coldstreamhistorysociety.co.uk)

Educated at Berwick Grammar School & then Edinburgh University where he was a student of Arts & excelled at cricket. 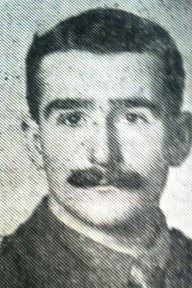