Service History:
Commissioned as a 2nd Lieutenant in the Royal Engineers (Volunteers) at Newcastle upon Tyne, Northumberland in May 1902, but resigned it 2 years later. After the Territorial system came into force, Bainbridge joined the Durham University Contingent, Senior Division, Officer Training Corps, & from that he received a commission in the 5th Battalion Northumberland Fusiliers, in 1911, becoming a Lieutenant in October 1913.

His technical knowledge fitted him for signalling work, in which he specialised. Having qualified after a 6 weeks' Signalling Course, at Bulford, in the training season of 1914, he acted as Brigade Signalling Officer of the Northumberland Infantry Brigade. He got the medal of the Northumberland Rifle Association, which bears the inscription: 'Freemen of Newcastle Challenge Shield, Winning Team, 5th Battalion, Northumberland Fusiliers.'

Having volunteered for Imperial Service, he went to the seat of war in France as Commander of No. 2 Section of the Northumberland Divisional Signal Company, Royal Engineers, Territorial Force. Bainbridge was killed on 27 April 1915, in the attack on St. Julien, near Ypres, while most gallantly carrying a message over ground which was being most heavily shelled.
(Source: 'The Bond of Sacrifice'; Volume 2, January to June 1915; pp.20-21)

As he was not very strong when a boy he was educated at Dr. Osborn's Rydal Mount School at Colwyn Bay, North Wales, & afterwards qualified as an Electrical Engineer at Durham University. Before the war he worked in that capacity for the shipbuilding yard of Messrs. Swan, Hunter & Wigham Richardson, of Wallsend, Northumberland.
(Sources: 'The Bond of Sacrifice', Volume 2, January to June 1915, pp.20-21. Also, 'UK, De Ruvigny's Roll of Honour, 1914-18', Part 1, p.15. Also, 'Felton War Memorial: The Men behind the names'; Eleanor George [formerly Hall]; 2009; pp. 42-43) 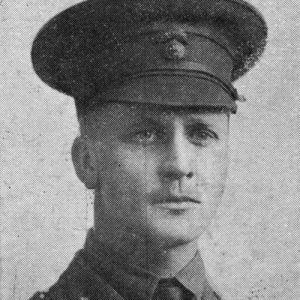