Service Number:
201927 (N.B. Computer record relating to the UK, Army Registers of Soldiers' Effects, 1901-1929 [available via Ancestry.com] records the service number as 1201927, which is wrong, the actual register is as shown above).

Service History:
Tragically, Atkinson's death came as he travelled by train in India to be demobilised. He succumbed to pneumonia. 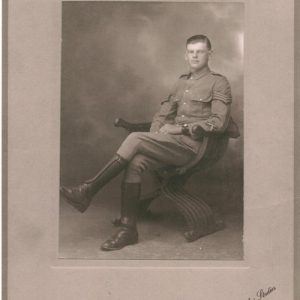