Background:
Born about 1895, at Elilaw, Northumberland, the second son of Thomas Grey (b. at Longhoughton; a Horseman & Shepherd on farms), by his wife, Jane Grey (nÃ©e Dodds; b. in Kenton, Newcastle upon Tyne, Northumberland), of Wooden Farm, Alnmouth, Northumberland.

Educated at Newton-by-the-Sea School with his siblings but, unlike some of them, he did not go on to Embleton School. Once he finished his education he worked as a Shepherd. 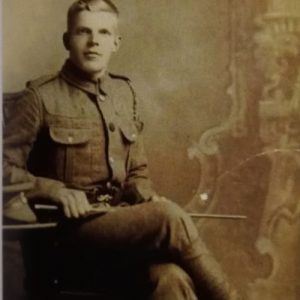