Service History:
Killed in action with a submarine in the North Sea.

HMS Aboukir was a Cressy-class armoured cruiser built for the Royal Navy around 1900. Upon completion she was assigned to the Mediterranean Fleet & spent most of her career there. Upon returning home in 1912, she was placed in reserve. Recommissioned on the outbreak of war, she played a minor role in the Battle of Heligoland Bight.

It has not been possible to establish a connection with Craster or the wider Alnwick district. 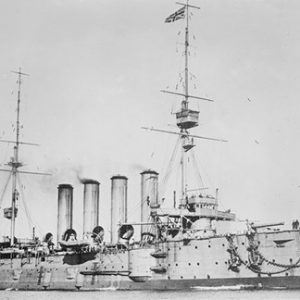