Served in India with the Cameronians. Disharged, then re-enlisted for service in the Great War.

Engaged to Dorothy Davidson before he was killed.
(Source: Rose Knox of Belper, Derbyshire; September 2017) 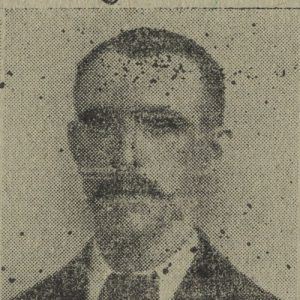