Service History:
Enlisted on 12 October 1914. Served with the Expeditionary Force in France & Flanders from September 1915.

Took part in the Battle of Loos, when he was poisoned by gas. Dunn was sent to England on sick leave & hospitalised at Nottingham until Christmas, 1915, then at a Convalescent Home at Ripon until 16 March, 1916. 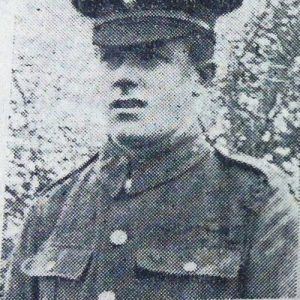