The connection with Amble is unclear although a brother with the initial M. may have lived at 9, George Street, Amble. Also, Douglas's brother John enlisted at Amble & is buried in Amble West Cemetery, & he's also commemorated on the headstone - see accompanying photograph. 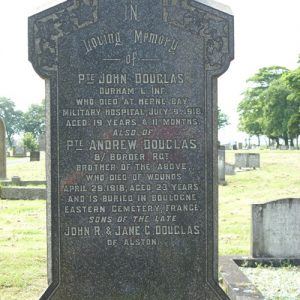