Service History:
Joined the 1st Battalion Northumberland Fusiliers as a 2nd Lieutenant on 18 September 1895 & promoted to Lieutenant 19 May 1897. Resigned his commission 18 February 1899.

Attached to 1st Battalion from 1914 to 1918, in command of which he fought in two actions before Arras.

Background:
Born on 24 October 1876, at Portsea Island, Hampshire, the son of Colonel & Mrs Buckle, of Hingham, in Norfolk.

Grandson of the Rev. Matthew Buckle, Vicar of Edlingham, Northumberland from 1869 to 1893. 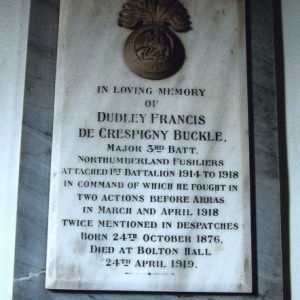 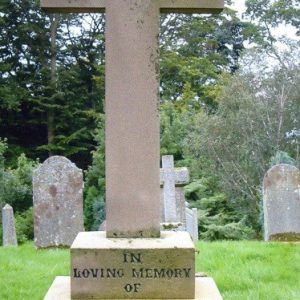