Wight's date of enlistment, the length of time he spent with the DLI & whether he went overseas with that regiment, if so in which battalion, is not known.

Wight transferred, willingly or otherwise, into the Machine Gun Corps in late 1917 - it is from his new MGC service number that David Richardson has estimated the date of transfer. He will have gone to the Machine Gun Training Centre at Belton Park Camp, Grantham in Lincolnshire where men were taught the various skills of handling the Vickers machine gun, signalling, bombing, cooking, etc.

From there men were sent by rail to the south coast & crossed to France. Most landed at le Havre or Boulogne before arriving at the Machine Gun Corps Base Depot at Camiers. Most new arrivals spent less than three weeks at the Depot.

Wight is recorded as being a member of No. 6 Depot Company, possibly one of the holding / transit companies at the MGC Base. This would suggest that Wight, either, was on the permanent staff of the Base, or he had just arrived from England & was waiting to be drafted to a MG Company.

Wight, aged 26 years, died of pneumonia & is buried at Etaples. 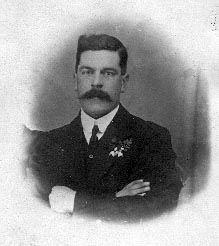 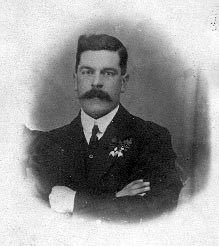