A Thomas Henry Weightman was christened at Shilbottle in December 1892. 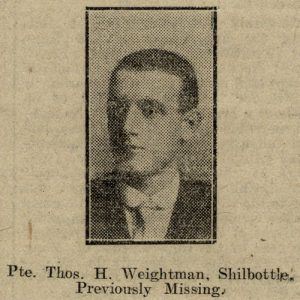