Served with the Expeditionary Force in France from March 1917. Wounded at Loos in the following June & invalided home. 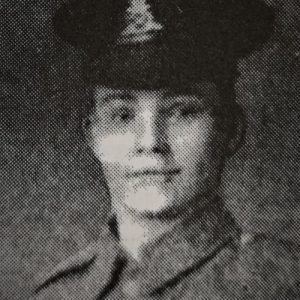