Service History:
Gazetted 2nd Lieutenant Royal Field Artillery, 16 June 1916. Served with the Expeditionary Force in France & Flanders from the following month, taking part in the later Battles of the Somme in September & November 1916.

Thorp was killed in action near Glencorse Wood, on the Ypres-Menin Road, 16 August 1917.

'He was a most valuable officer, & one of the most fearless that I have ever known. During the last months, on several occasions, he had shown remarkable coolness & bravery under fire, & his conduct was an example to his section. When killed he was acting as Forward Observation Officer & had sent down some most valuable information during the morning, which enabled us to disperse an enemy counter-attack.'
(Source: 'UK, De Ruvigny's Roll of Honour 1914-18'; Part 3; Page 267) 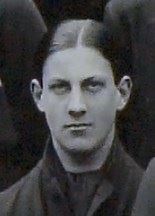 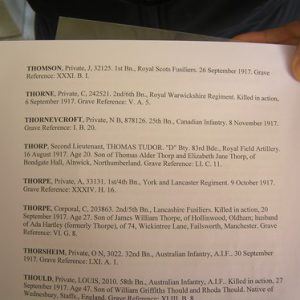