Background:
Born about 1880 at Shilbottle, Northumberland, the son of Joseph & Isabella A. M. Thompson. Joseph was a Coal Miner, & he also had 5Â½ acres of land.

Like his father, Thompson was a Coal Miner Hewer. The family lived at 6, Duke Street, Alnwick. 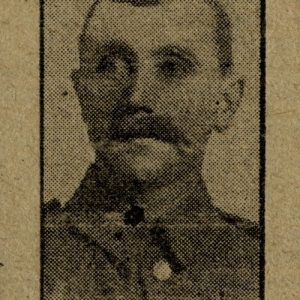