The CWGC website records Storey as attached to HMS Argonaut, a ship of the Diadem-class of protected cruiser in the British Royal Navy. She was laid down in 1898, & commissioned for service on the China station in 1900. From 1906 she served in the Home Fleet, & during the First World War she served in the Atlantic. She was converted to hospital ship in 1915, & sold for breaking up in 1920.
(Source: en.wikipedia.org/wiki/HMS_Argonaut_(1898))

Background:
Born 19 June, 1898, the second son of George Storey (b. about 1875 at Elsdon; in 1911, a Surface-man employed by the Rural District Council) of North Riding, Elsdon, Otterburn, Northumberland, by his wife, Hannah (also born about 1875), daughter of the late Ralph Ord, of Woodburn, Northumberland.

The 1911 Census records Hannah as having given birth to seven live babies but only four had survived infanthood. The oldest boy, Ralph Ord Storey, 14, also worked as a Surface-man while Storey was still at school. Their younger siblings were Ida Lillian (8) & Thomas Henry (5). The family lived at South Landshott, Otterburn.

Pre-enlistment occupation: Putter (responsible for pushing mine waggons from the working place to a horse road or mechanical haulage road).
(Source: dmm.org.uk/educate/mineocc.htm#p).

Storey married Agnes Taylor at Morpeth, Northumberland during the Second Quarter of 1918. She (probably, they) lived at 67, Maple Street, Hirst, Ashington, Northumberland. 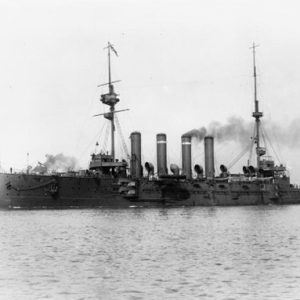